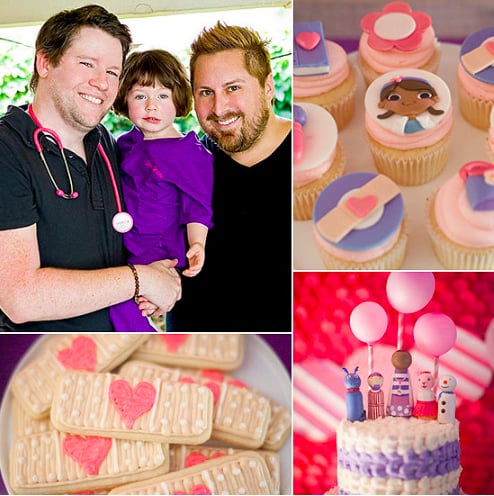 When when Bill Horn and Scout Masterson, aka the Guncles, started working with Jenny Cookies to plan their daughter Simone's birthday party around her favorite animated character, Jenny knew they could do it in a sophisticated way. "For [Simone's] third birthday, Bill and Scout chose a Doc Simone party theme based around Disney’s hit show Doc McStuffins," Jenny said. "I'm normally not a huge fan of licensed character parties, but I knew we could pull this one off without too much of the cheesy character look. Doc and her gang are actually pretty adorable characters."

With a make-your-own-ID-tag crafting station and a fill-your-own candy prescription counter, not to mention a menu packed with items inspired by the show's characters, you have to see all of the sweet details Jenny, Bill and Scout worked into this beautiful party!