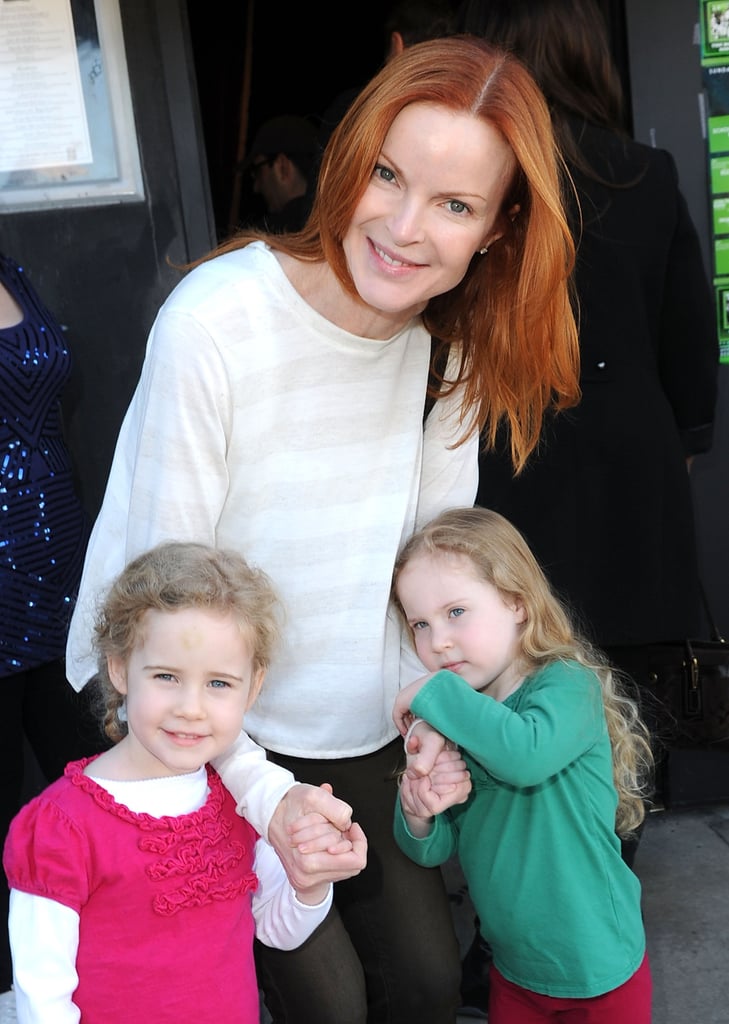 Not content to merely play one on TV, Marcia Cross desperately longed to be a real housewife. In less than one year, she got everything she wanted: Cross married Tom Mahoney in 2006 and gave birth to twin girls, Eden and Savannah, in February 2007 — just before she turned 45. Cross was very realistic about her chances of conceiving. Instead of a honeymoon, the couple began in vitro immediately after the wedding, and clearly it worked.

Best of 2020
Oh, Baby, Baby! These Are All the Celebrities Who Are Currently Expecting
by Kelsie Gibson 3 weeks ago