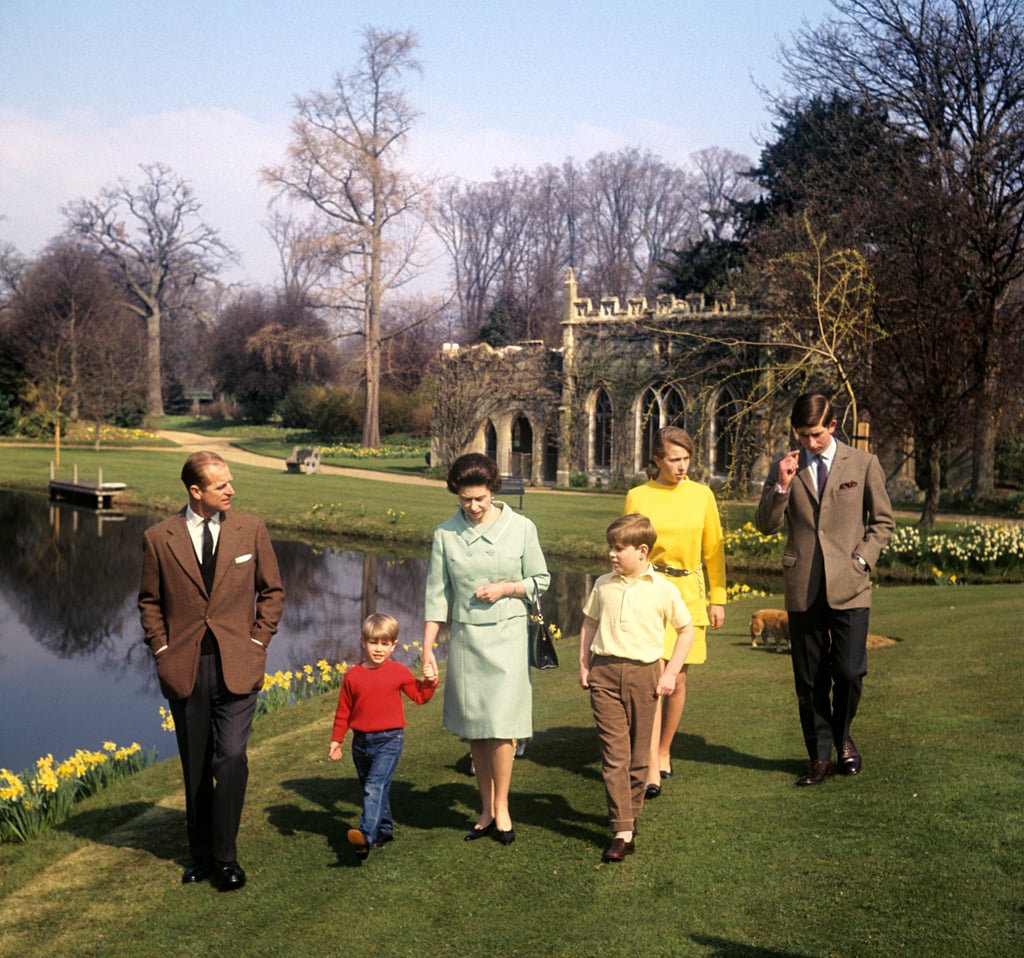 While the royal family don't disclose where they spend time on all of their holidays, they have reportedly spent numerous special occasions at Frogmore House, which is where this Mother's Day photo was taken many moons ago. It's known as a "favorite royal retreat," and it's where Prince Harry and Meghan Markle took their engagement photos. This is one tradition we can't really relate to since most people don't have multiple estates!