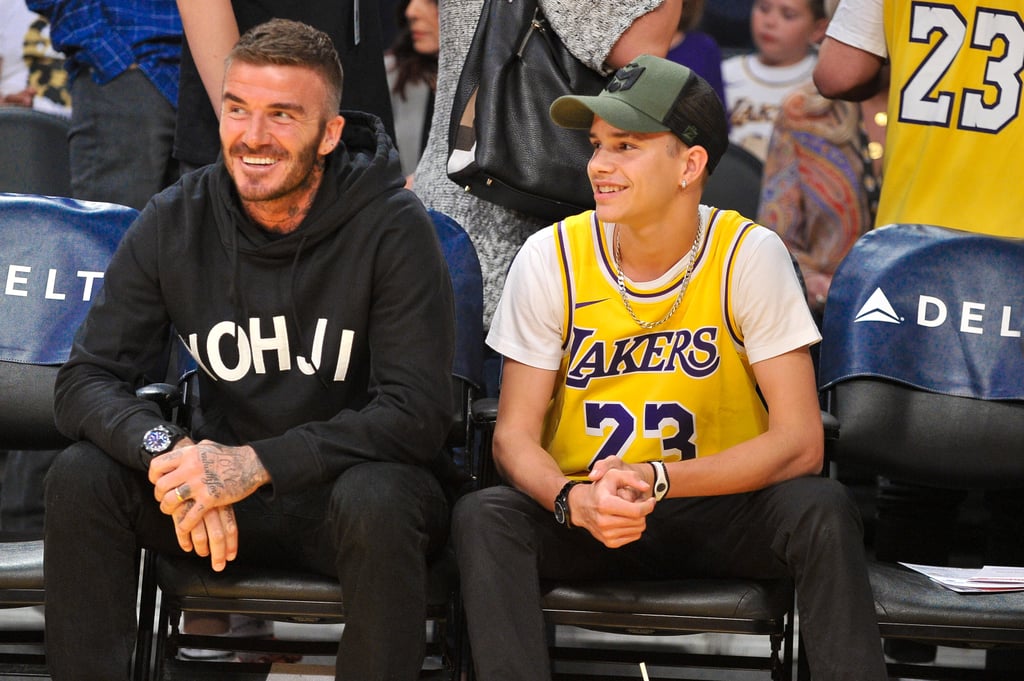 Twinning alert! David Beckham and his 17-year-old son, Romeo, attended a Lakers game together on Oct. 27, and wow, we thought Brooklyn was his dad's clone, but it appears as though Romeo has joined the lookalike club. In a series of photos of the adorable father-son pair, both David and Romeo can be seen sitting in the same positions, making the same facial expressions, and sure, we know they're watching a game, but their heads being turned in the same direction in each photo only adds to their similar appearances.

Scroll through to see all of the twinning photos of David and Romeo — they're so cute!