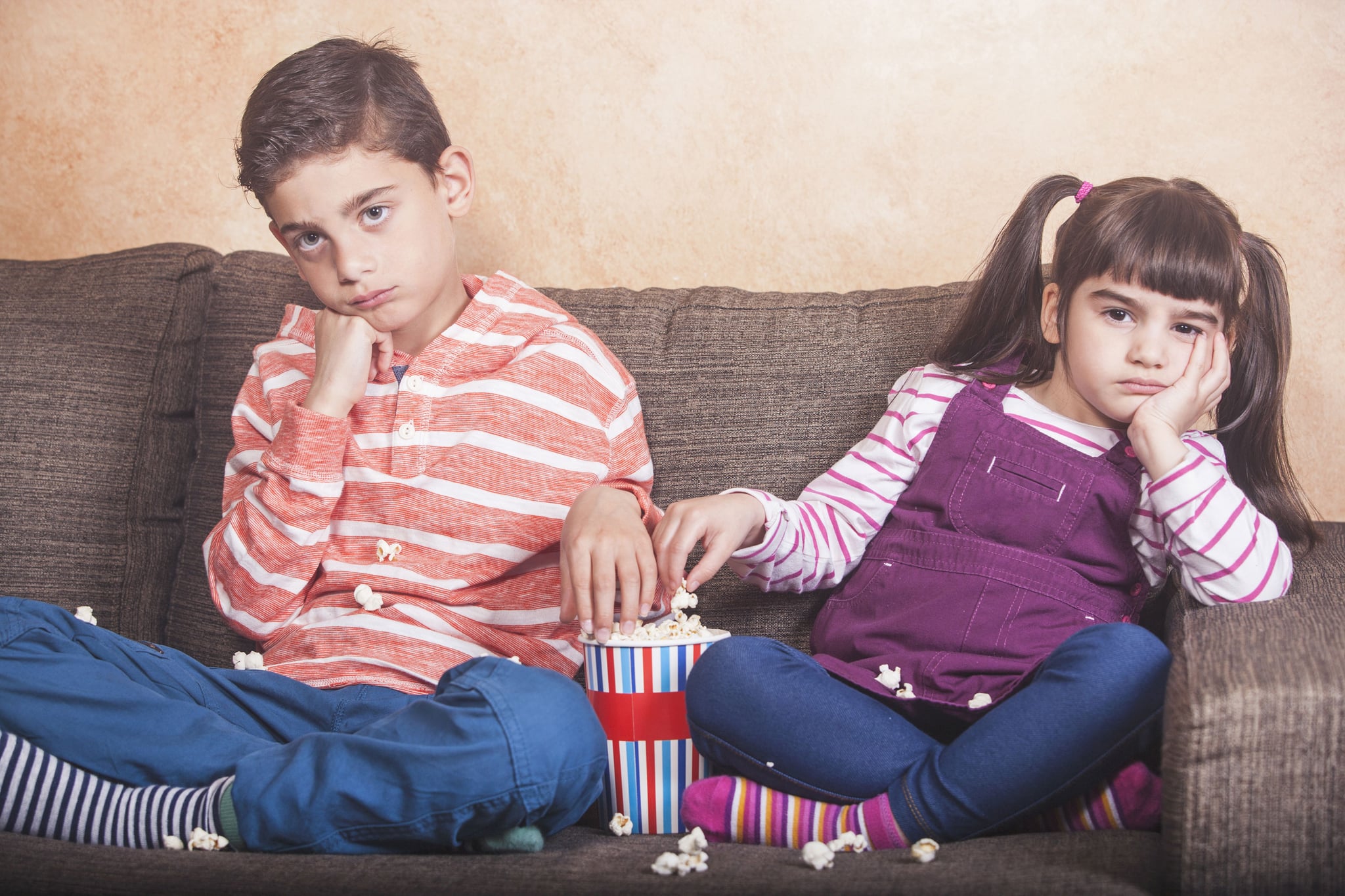 Boredom. To some parents, it's a four-letter word – synonymous with laziness or a lack of motivation. But to others, it's one of the best things you can provide for your otherwise over-scheduled children.

Turns out, both sets of parents are right. Or wrong.

"Boredom is neither good, nor bad," Sandra Stone, PhD — a sociologist, professor, researcher, and author with more than 25 years of experience studying childhood play and development — told POPSUGAR.

Deepanshu Pandita, the CEO of Kido, an early-education platform, concurred: "It's like asking if feeling discontent with the way things are is good or bad – it can lead to inventions and medical discoveries or it can set one up for psychological suffering."

"We need to give children the time and freedom to follow their own interests."

Either way, there's certainly no escaping the feeling, particularly among children. The summer months off of school tend to be a breeding ground for boredom in general, but with the added layer of a pandemic — when there's little available to do and even fewer parents with the free time to facilitate any of it — the "I'm bored" whines are already reaching a fever pitch in most households.

So, then, how should parents navigate it? Stone and Pandita addressed the truth about this polarizing term.

How to Know If Their Boredom Is Actually Something Else

Boredom, Stone explained, is simply a "loss of interest" and it can take many forms in children. So, even if a child defines their lost interest as boredom, it could be due to something else entirely, and it's worth it for parents to dig in, especially with young kids who might not even fully understand the concept but have heard the phrase enough to use it.

"Children may also lose interest due to fatigue," she said. "Children who are tired may just need some down time, a time to rest. Rest could be restorative and provide the energy to purse an interest or to play."

"The word 'boredom' could be interpreted as 'I need to be with someone who loves me.'"

Another possibility is the need for human connection. "The word 'boredom' could be interpreted as 'I need to be with someone who loves me,'" Stone said. "This is a time when parents put aside the many things demanding their time and take the precious time to sit with their child, talk with their child, and snuggle with their child." It often doesn't require more than that, but occasionally, if a child is lonely, Stone suggested becoming a playmate for a few minutes until the child is satisfied.

Bottom line, if a child is expressing boredom, she said to "be careful not to first jump to providing him or her with a litany of ideas."

Although tempting to offer a quick solution, this puts the parent in control of the child's experience. "Instead, take the time to sit with your child and let your child 'talk' with you. Ask them to 'explain' what they mean when they say they're bored. The conversation may lead you to discover if the child is exhausted or simply needs your attention."

How to React When They Are Legitimately Bored

If it's not exhaustion or a need for attention, your child may be officially bored. In this case, it's usually to do with having lost interest in their current play environment – you took away their iPad and nothing can compete, they are ready for a bigger challenge, or they simply are stuck with what to do next. "Pay some careful attention to the causality behind it," Pandita noted.

For young children, parents can take an active approach. Pandita recommended redirection — "reminding them of activities they may not have considered." Stone suggested rotating toys throughout the week so the choices become different.

For five-year-olds and beyond, however, Pandita finds verbal engagement to be a more effective response that direct action.

"Even not doing anything at all is better than telling them how they have a million things they could do and have no right to feel bored."

"Try agreeing with them wholeheartedly – 'tell me about it!' and see what happens," he suggested. "They may feel compelled to find a reason to disagree simply because that isn't what they were expecting. Even not doing anything at all is better than telling them how they have a million things they could do and have no right to feel bored."

Stone also urged parents not to undermine children's abilities to decide on their own ideas for what to do about being bored.

How to Respond If Nothing Seems to Combat Their Boredom

The trouble is that many kids, namely those who normally take on each day with a packed calendar of extracurricular clubs and sports, have been trained out of knowing how to combat boredom. They literally don't have time to be bored and thus don't know how to address it.

"Unfortunately, our society, including schools, can derail children's natural course of following their own interests," Stone said.

Studies have shown that children are unintentionally directed by adults — for instance, to always be doing something, usually in the form of organized, highly-scheduled activities – so often that they actually give up their autonomy and sense of independence, and that it can stifle curiosity.

"Autonomy gives children the understanding that things are under their control," she said. "It promotes children making their own decisions about what to do and when to do it."

So although even autonomous, independent children can get bored, it's rarely an issue because they know what to do next, and, as Pandita said, they often grow and evolve as a direct consequence of boredom. "They'll naturally find something else to do or play," Stone said. "The issue on the other end of the spectrum is, 'has my child become dependent on me to entertain him or her?'"

For these kids, Stone and Pandita both advise encouraging open-ended play — a style of play that has no designated outcome to what will happen — as much as possible. "As adults, we need to give children the time and freedom to follow their own interests," Stone said. "If parents sense that this has diminished in their own child, then they may need to backtrack and support the child's sense of autonomy and independence by supporting their ability to make their own choices, to be curious, to follow their own interests. This may take more time at first, but the benefits will be worth it in the long run for both the child and the parent."