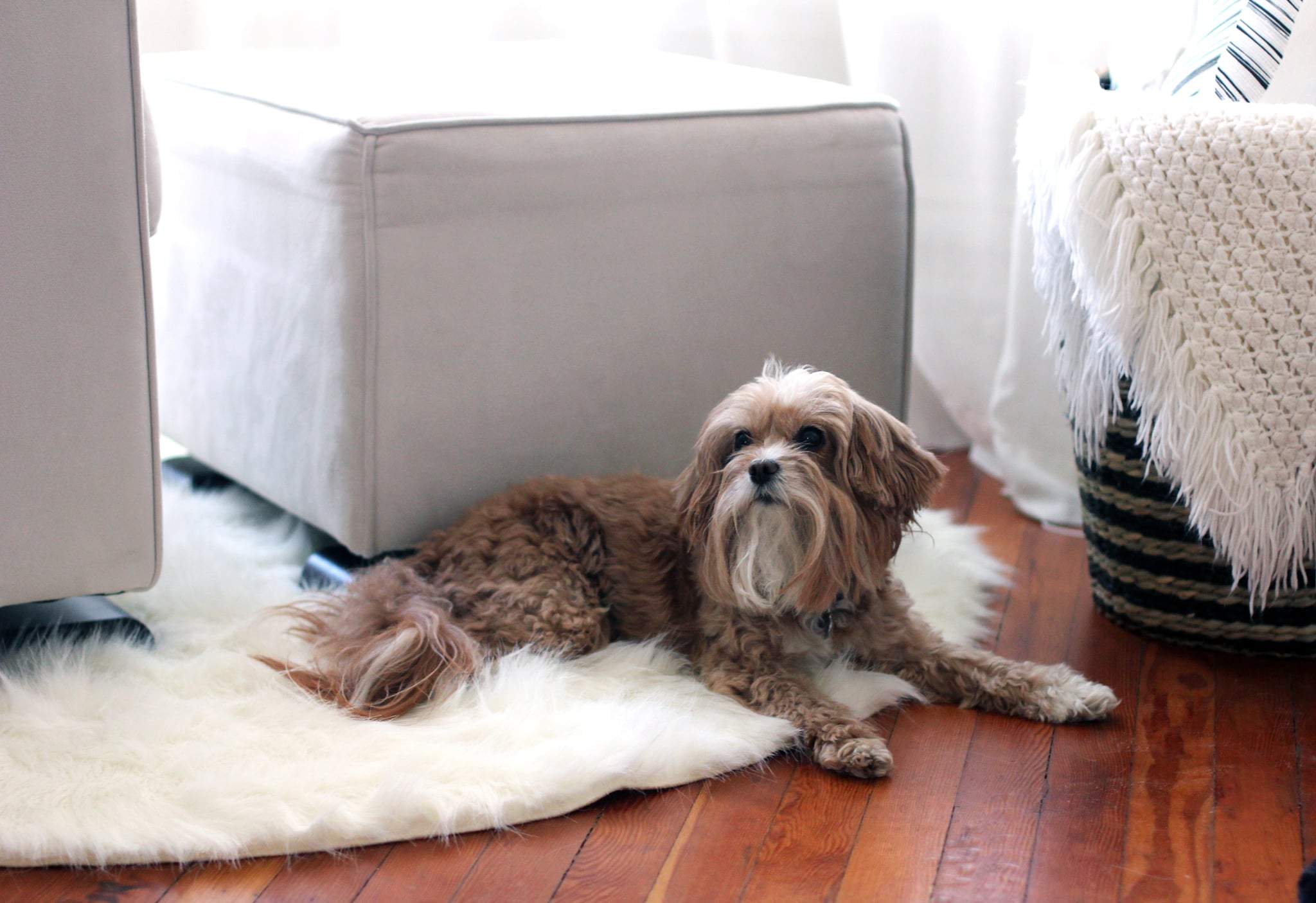 After spending decades researching music and frequencies in order to learn how they affect people, Wholetones creator Michael Tyrrell came to a surprising conclusion: music also has a huge impact on our pets. It can ease separation anxiety, alleviate nervous behavior, and lessen incessant barking, according to Tyrrell. But there's a winning formula for the music in order for it to really work for us and our pets, and the secret lies in the frequency.

"Animals are super sensitive to those frequencies and can pick them up even at a low volume."

In researching music, Tyrrell knew right off the bat that classical music, like that from Mozart, Bach, and Beethoven, had a particularly soothing affect on animals. But in creating music that incorporated similar frequencies, he was able to come up with a whole new concept of music that is like elevated elevator music. Seriously, the music sounds like something you'd hear in an elevator, but it won't bore you; rather, it settles you. The Wholetones collection of music relies on different frequencies to evoke different positive feelings and ease any negativity.

"Three-hundred-ninety-six seems to work like a charm for every dog so far that their owners have played that during stressful holidays," Tyrrell said when I asked him to describe his creation process.

Related:
The Real Reasons Your Dog Won't Stop Barking — and How to Fix It

But what even is a frequency? All music is created using a frequency, and 1 hertz means there is one sound wave cycle per second. Tyrrell's perfect music for easing anxious dogs is composed in 396 Hz, or 396 sound wave cycles per second. These things won't mean much to the average person — you just know you like how the music sounds. But what you may not know is that you're feeling the frequency whether you're aware of it or not. This is why Wholetones can be especially beneficial for dogs, because they feel frequencies slightly different from how humans do. It's like how humans can't hear dog whistles. It's because the sound is happening at a frequency that humans can't hear but dogs can.

With all that in mind, I wondered if my very old dog, Winnie, who is nearly deaf, would be able to feel the frequency of Wholetones. Tyrrell insisted that she would.

"Animals are super sensitive to those frequencies and can pick them up even at a low volume," he said. And when I told him that Winnie is an incessant barker, he suggested putting the music on for her to see if she could feel the soothing frequencies. We're still in the testing process, but I can definitely tell that she responds to it, even though she probably can't actually hear it.

Next time your pet is in a stressful situation — namely holidays like Halloween, Thanksgiving, Christmas — consider putting on Wholetones to see if the soothing frequencies calm him down. Tyrrell has samples of his work on YouTube or you can purchase the collection from his website. One interesting thing to note is that there are several Wholetones clips on YouTube, some of which are in larger playlists of "soothing" music. I put one of those playlists on at my desk one day and felt really productive with my work. This could have been my imagination, yes, but whatever the case, I felt good. However, as soon as the playlist turned to another "soothing" song that wasn't Wholetones, I could immediately tell that something was off — the musicality. That's what I consider to be the best part about the Wholetones music . . . the fact that it is actually music and not just sounds strung together because the frequencies are right. This is music you'll actually feel good about listening to — and so will your pet.