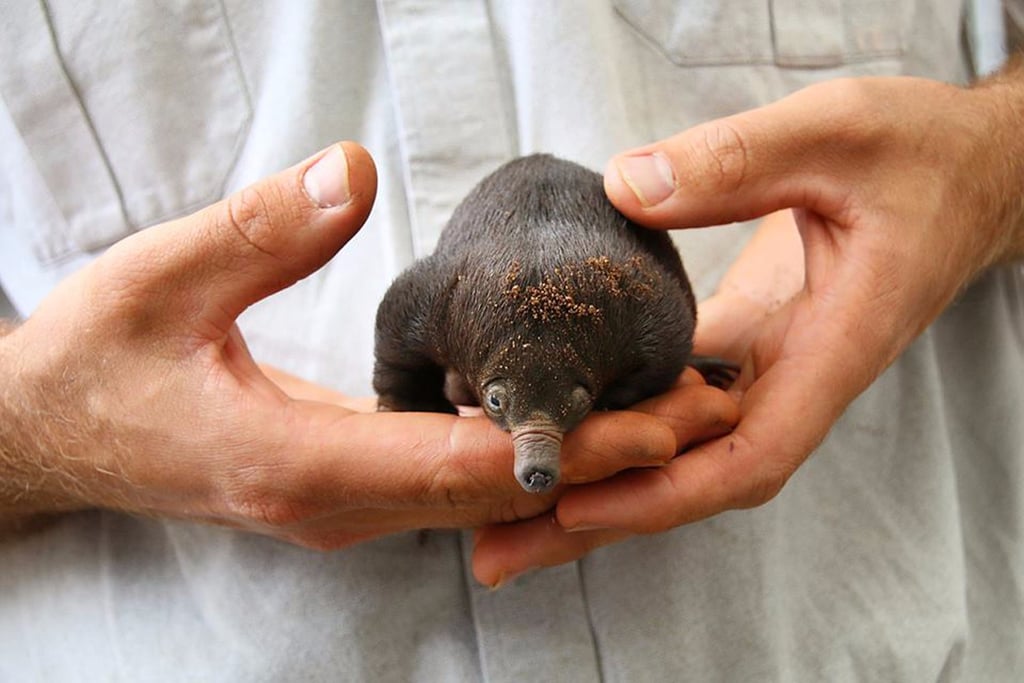 If you've already seen Fantastic Beasts and Where to Find Them, then you'll know that the fan-favorite character isn't played by Eddie Redmayne or Ezra Miller . . . rather, an adorable little pickpocket called a "niffler" steals the show (and a lot of shiny things).

These fictional animals are referenced in the Harry Potter series, too, in Hagrid's Care of Magical Creatures classes, and are known for their handy habit of hoarding valuables like diamonds and gold. But did you know that nifflers exist outside the realm of fantasy, too?

It's a baby boom that's been nearly 30 years in the making! We're excited to introduce you to our three new echidna puggles: http://bit.ly/2f6dlCr

OK, so they don't have a knack for pickpocketing, but these baby echidnas born at the Taronga Zoo in Syndney Australia are the spitting image of nifflers. Called puggles while they're young, the infantile echidnas have the same adorable snout and brown fur body as their Fantastic Beasts counterpart.

Whether they're called a puggle or a niffler, it's safe to say that we want one ASAP. They're so adorable! Check out these photos of the Taronga Zoo's new echidna puggle arrivals, and you'll feel like maybe magic does exist out there. At least we can hope, right?

Previous Next Start Slideshow
Join the conversation
Fantastic Beasts And Where To Find ThemBaby AnimalsCute AnimalsHarry Potter
Latest Dogs, Cats, and Other Pets