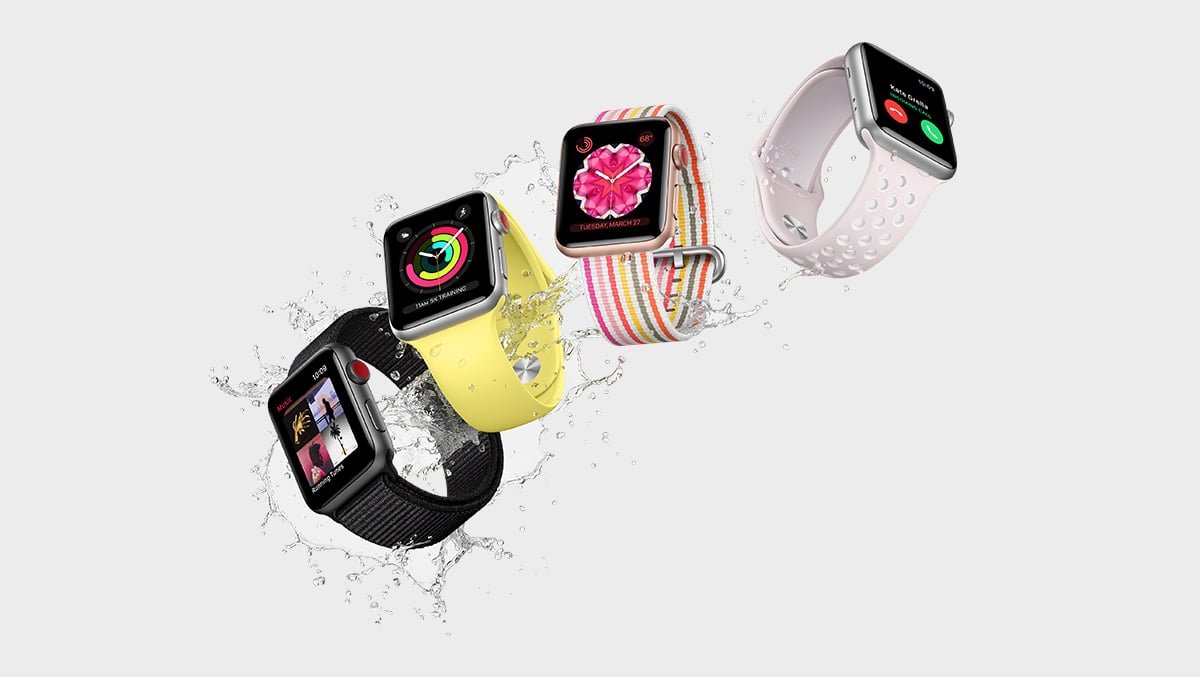 My friend forgot her phone at home recently, and when she returned from work one of the first things she said to me was not how awful it was being separated from what's been her closes companion over the last ten years (in various models, of course) but how sad she was about what she saw. She said it made her notice how absolutely everyone around her was looking down at their phone and not around them … whether out of actual need to communicate or simply habit and comfort, she wouldn't have seen it otherwise because she would've been one of those people.

While that day she read a book with her lunch and took in the sights on the Metro, she probably back to her old ways already now and I can't blame her. While Apple's new update addresses ways we can be more present in the moment and limit screen time (and carpel tunnel), when it comes down to leaving our phone in the other room can cause separation anxiety, but the Apple Watch Series 3 With Cellular's release in the United Arab Emirates is set to change all that.

Released June 15, it's the only country in the region get it so far, and combined with the latest update watchOS 4, it means you can leave your other devices behind and not lose the benefits. I had the opportunity to try it out this week before it was released and here's why I think it's worth heading to the Apple Store to get it this weekend.

Set up is so easy

Pairing is the same as the other versions of the watch, basically putting the watch face in the viewfinder window via the app on your phone to sync and follow the other steps. When you're connected on Wi-Fi with your phone nearby, it functions without the cellular connection and when you're out of range the device automatically switches over to the in-built cellular. This can take up to around 45 seconds. You can see the watch's connection strength via the four green dots on the watch face which may show three, two or one at times when the signal isn't as strong for example. If you mainly use the watch when not in connection with your phone, however, the battery will drain faster than usual. Cellular is intended to be used for about four hours out of the 18 the average person uses it each day so you'll still need to carry a phone.

As well as the aluminum model I had before, there's now a stainless steel Series 3 which is able to be accessorized with the Hermes wrist band and well as the others in the range. New watch faces include the colorful Pride design and the watches come in a 38mm size or 42mm to suit your style so if you want to get creative, you'll never feel like you're wearing the same one as someone else.

I could go hands-free at the gym

While I would use my watch to start and stop music played from my phone previously, with the new watch you can play tracks directly into your EarPods. And there's no need to fiddle about as using Siri (who now speaks back on the watch) you can command certain songs or playlists from Apple Music or the Radio app to be played to suit your mood.

I picked up my phone less

Even without EarPods you can get the more convenient experience as music can be played via the speaker, and calls can be made through the watch's Phone app. Even when it comes to ordering an Uber it can be done through the GPS on the watch and in general, I didn't find myself mindlessly tapping on my phone to see notifications as they came straight to the watch – even for Instagram which I don't have the app for on the watch.

It's free for three months

Etisalat is the first carrier in the UAE to offer the eSIM for the Apple Watch, which costs AED25 per month. Post-paid customers can sign up to 12,18, or 24-month payment plans which work out to be only AED70 per month for the small watch and AED74 for the larger one. Purchased outright the watches are AED1,599 and AED1,699, excluding VAT, but if you're not sure whether you want just the Apple Watch Series 3 with GPS or to add cellular capability, you can try out three months for free. So they must be pretty confident you'll love it!

If you've bought the watch from the Apple Store, just take it to an Etisalat point of sale to enable and see what all the fuss is about. Once you get used to the newfound freedom, I bet you won't wanna go back.