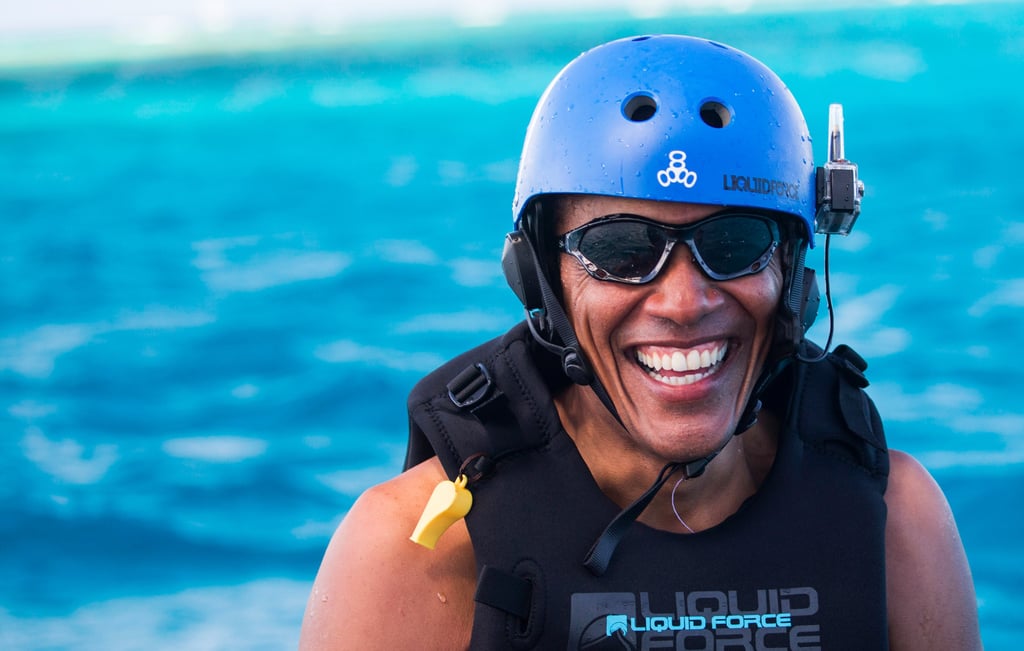 Now that Barack Obama is no longer the president, he has more time to do anything he couldn't do these past eight years. Obama's first line of duty as regular citizen? Vacation, of course! The 44th president was spotted with his family in the Virgin Islands earlier this month looking very casual — even rocking a baseball cap backwards!

A few days later, more footage emerged of Obama's fun-filled vacation when British billionaire, Richard Branson, shared a video of Obama trying his hand at kitesurfing. The video instantly became a meme by people on the internet who couldn't help but call out how happy Obama looks, while the rest of us are feeling drained by Donald Trump's controversial policies. Keep reading to see some of the best memes of Obama enjoying his vacation. They'll make you laugh (and then cry because you really miss him).