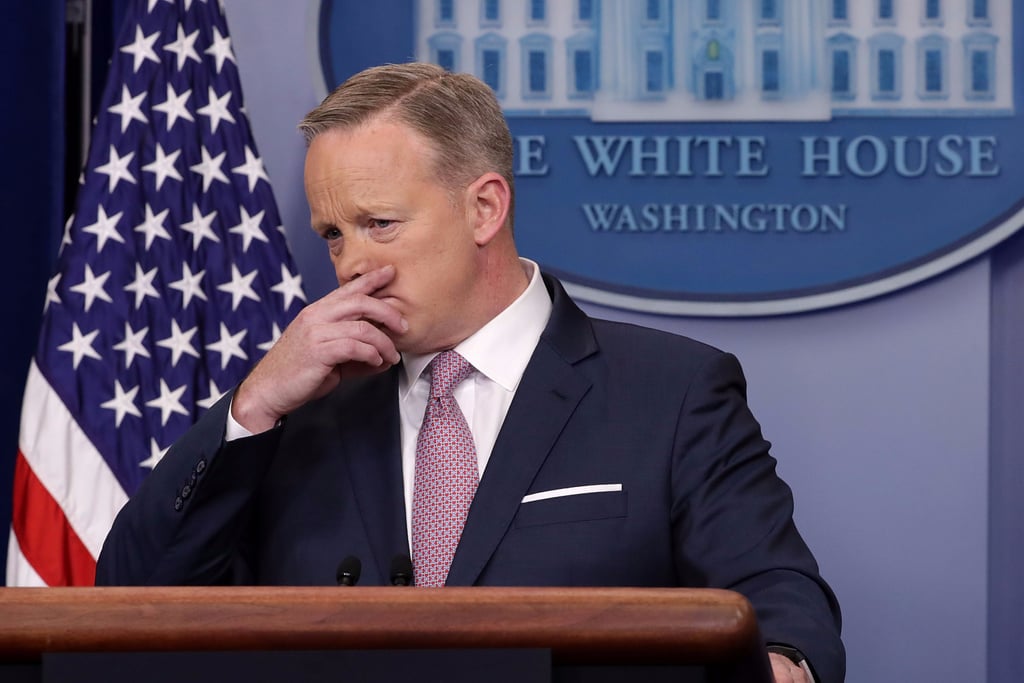 Twitter just couldn't get enough of Sean Spicer. After roasting the new White House Press Secretary with a hysterical meme calling out his press conference lies, the internet is on fire again with a new way of bringing his fibbing tendencies to light. The hashtag #SeanSpicerAFilm has spread like wildfire, with Twitter users editing popular movie titles in ways that nod to Spicer's lying habits, such as "Lord of the Lies."

Huffington Post Comedy gets the props for starting this creative barrage of tweets, stating, "Today we recognize those who are better at presenting fiction than everyone else!" These tweets are are just as creative and entertaining as we expected. Keep reading for a few of our favorite fictional film titles.