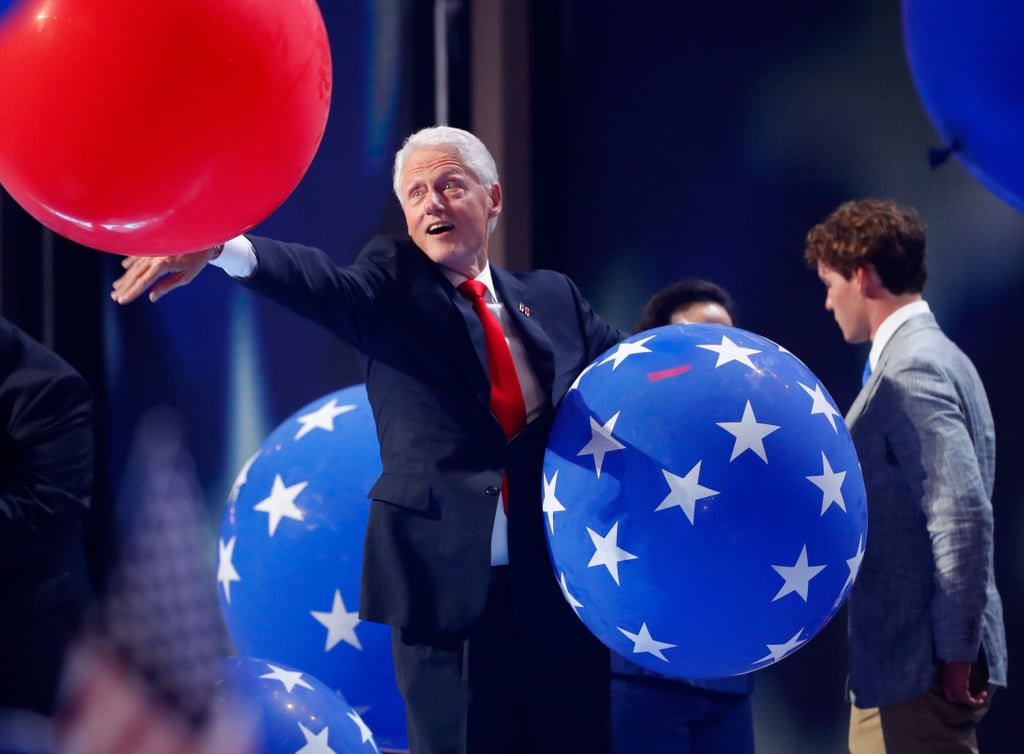 Hands Down, the Best Part of the DNC Were Tweets About Bill Clinton and Balloons

At Thursday's Democratic National Convention, Barack Obama and others showed their support for Hillary Clinton. As she solidified her spot in history last night, Twitter completely blew up with tweets of affirmation for the nominee. But the best posts by far were hilarious highlights of Bill Clinton reacting with absolute joy to the balloons dropping from the ceiling.

Check out some of the best tweets from last night ahead.