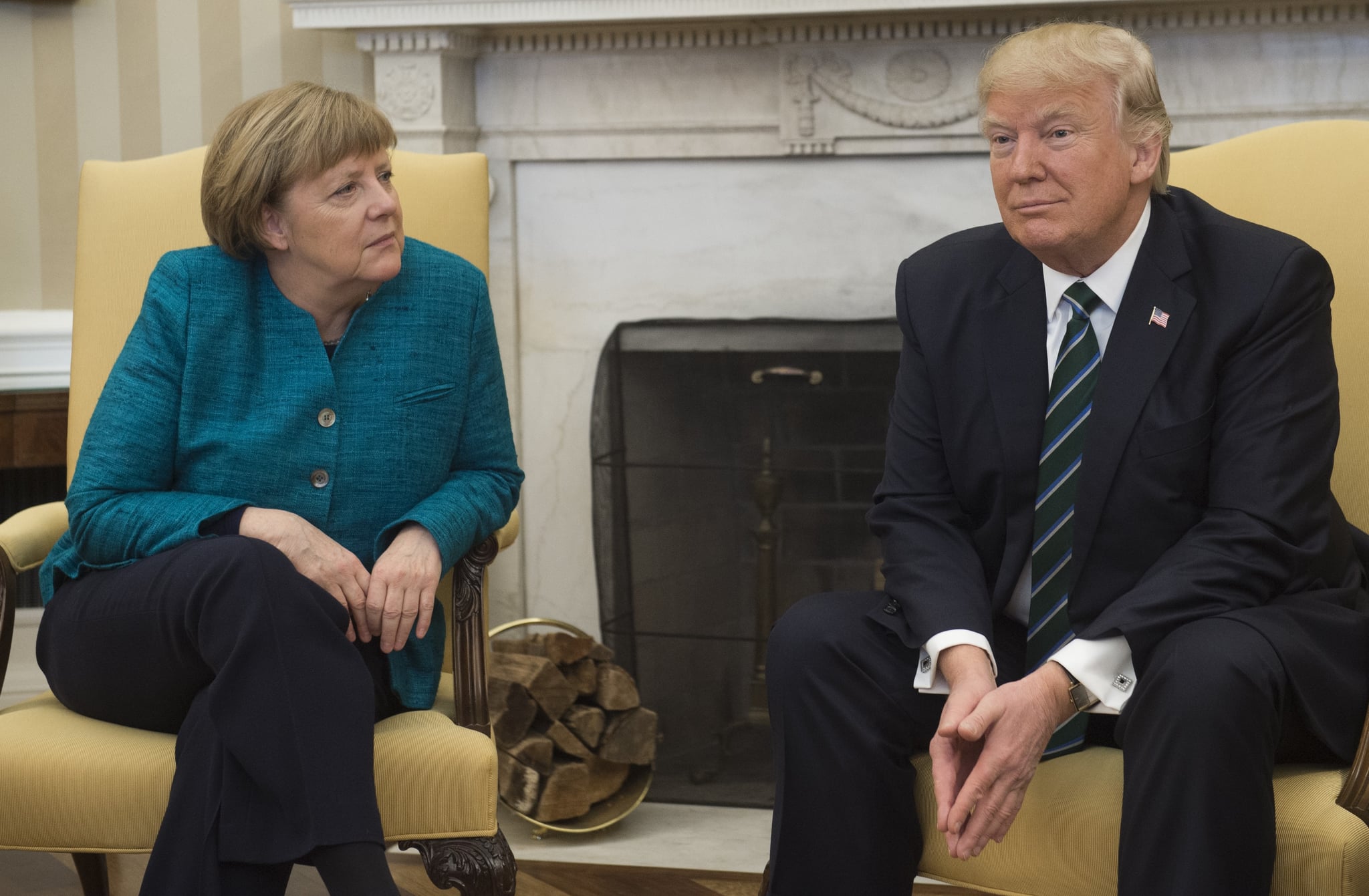 By now, you might know just how weird President Trump's handshakes are. They last too long, are awkward, and feel like he's trying to send a message of dominance. That's why the internet slightly lost it when Trump refused to shake the hand of Angela Merkel, the German Chancellor, during a meeting at the White House.

Yes, that's right. The President refused to shake hands with one of our country's closet allies. POLITICO captured the awkward moment in a tweet.

Merkel asks Trump: “Do you want to have a handshake?”
The U.S. president did not respond.https://t.co/dgLHkN1H7o pic.twitter.com/ChonvrLITV

The internet couldn't believe happened and immediately started wondering what Merkel's thoughts were.

"C'mon. We'll get you ice cream after. Please. Just smile. It's for the Christmas card." #BabyInChief https://t.co/fdgamSqWRI

Most people just feel super embarrassed to have seen that moment.

No handshake. No talking to one another.

That Trump-Merkel pool spray was pretty awkward. —via @MSNBC pic.twitter.com/DIkEyfNJUq

And some can't believe this is how President Trump is acting.

Like he just lost a little league game and is refusing to shake hands with the other team. https://t.co/5UGC3P0Vfz

Others are applauding Merkel for shrugging off the moment.

Imagine being an intelligent, accomplished leader like Angela Merkel and having to pose next to Trump as though he were your respected equal

To Merkel's credit she just kind of shrugged it off like an amused mother. Who probably gave the boy some messages he didn't want to hear.

Some believe Merkel deserves something nice for having to put up with this.

Someone please give Angela Merkel a Shamrock Shake.

I can't imagine a higher honor than being refused a handshake from Donald Trump.

Hopefully, Trump learns from this and shakes the hand of every world leader — especially our allies.