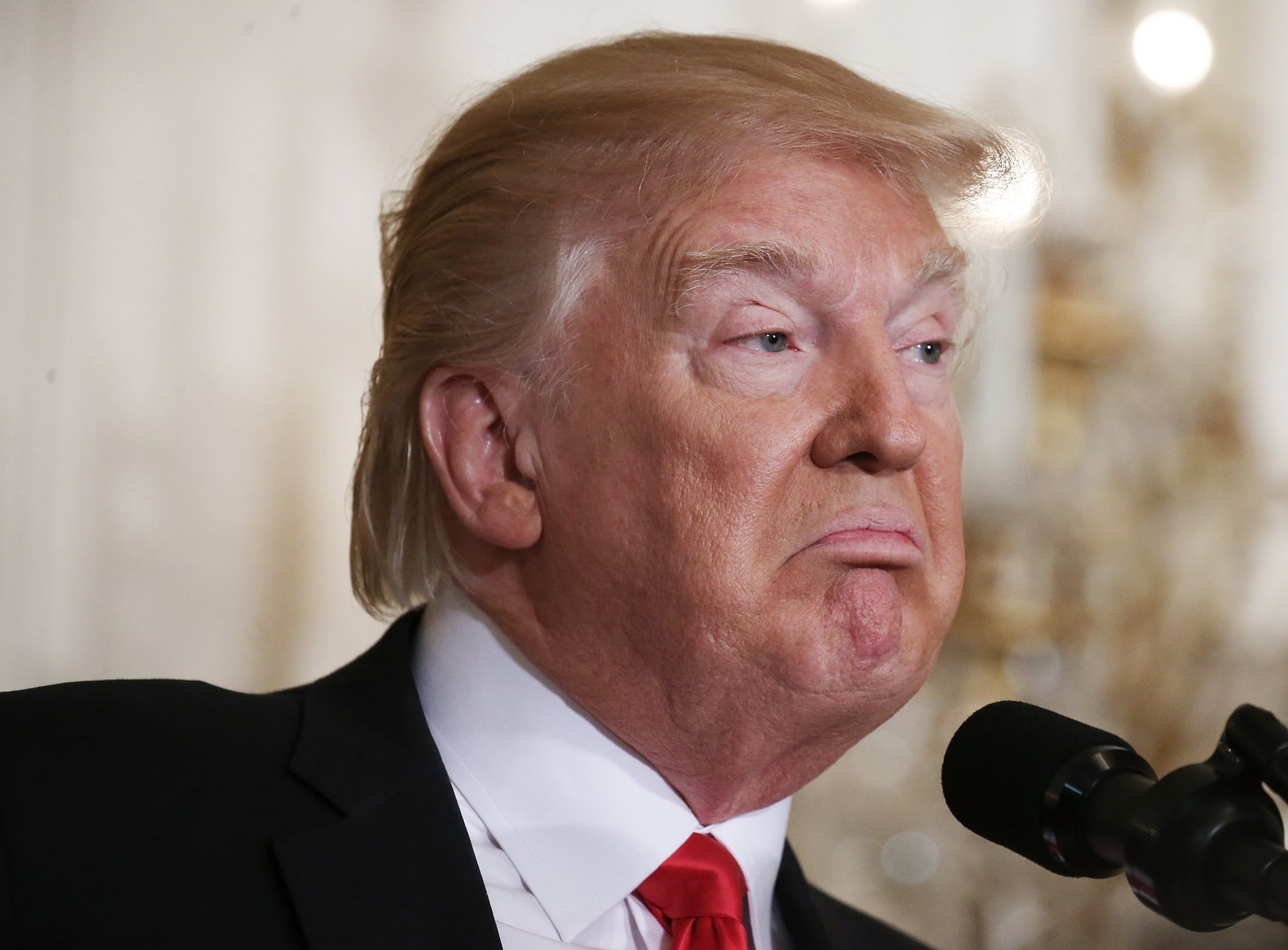 We've been graced with a plethora of glorious Trump-centric memes since he took office, from that time he awkwardly pretended to drive a truck to his similarly cringe-worthy interaction with German chancellor Angela Merkel. Now the internet is employing its entertaining knack for resurrecting Trump's old tweets in a new meme that's taking Twitter by storm.

Back in 2014, Trump fired off a tweet that read: "Deals are my art form. Other people paint beautifully or write poetry. I like making deals, preferably big deals. That's how I get my kicks."

Deals are my art form. Other people paint beautifully or write poetry. I like making deals, preferably big deals. That's how I get my kicks.

OK, let's be real; this tweet is pretty funny on its own, but it's even more worthy of a chuckle considering how he recently pulled his healthcare bill because it lacked enough votes to pass. It looks like the POTUS's deal-making skills aren't as savvy as he once thought. Naturally, people all over the internet snatched up the opportunity to use his old tweet as inspiration for a new meme that mocks their own ability to seal the deal on a daily basis. Read on to see some of the best ones so far.

Many Twitter users have used it in regards to buying food.

Me: how much are tacos?

Jack in the Box employee: $1

Me: I'll give you 99cents plus tax

Me: *turns to camera* https://t.co/BSBYFOVvmP

me: mom can we get ice cream
mom: yeah I've been craving ice cream all day
me, turning to the camera: https://t.co/DO4uFi9T2O

When dealing with your dog, Trump's tweet makes perfect sense.

me: drop it
dog: direct eye contact with toy in mouth
me: drop. it.
dog: drops toy
me turning to camera: https://t.co/P4veJbl40a

Me: We can watch an episode of BIG LITTLE LIES but then we have to watch 2 of FRASIER
Alex: Fine
Me: *turns to camera* https://t.co/CcJ6K0Elx1