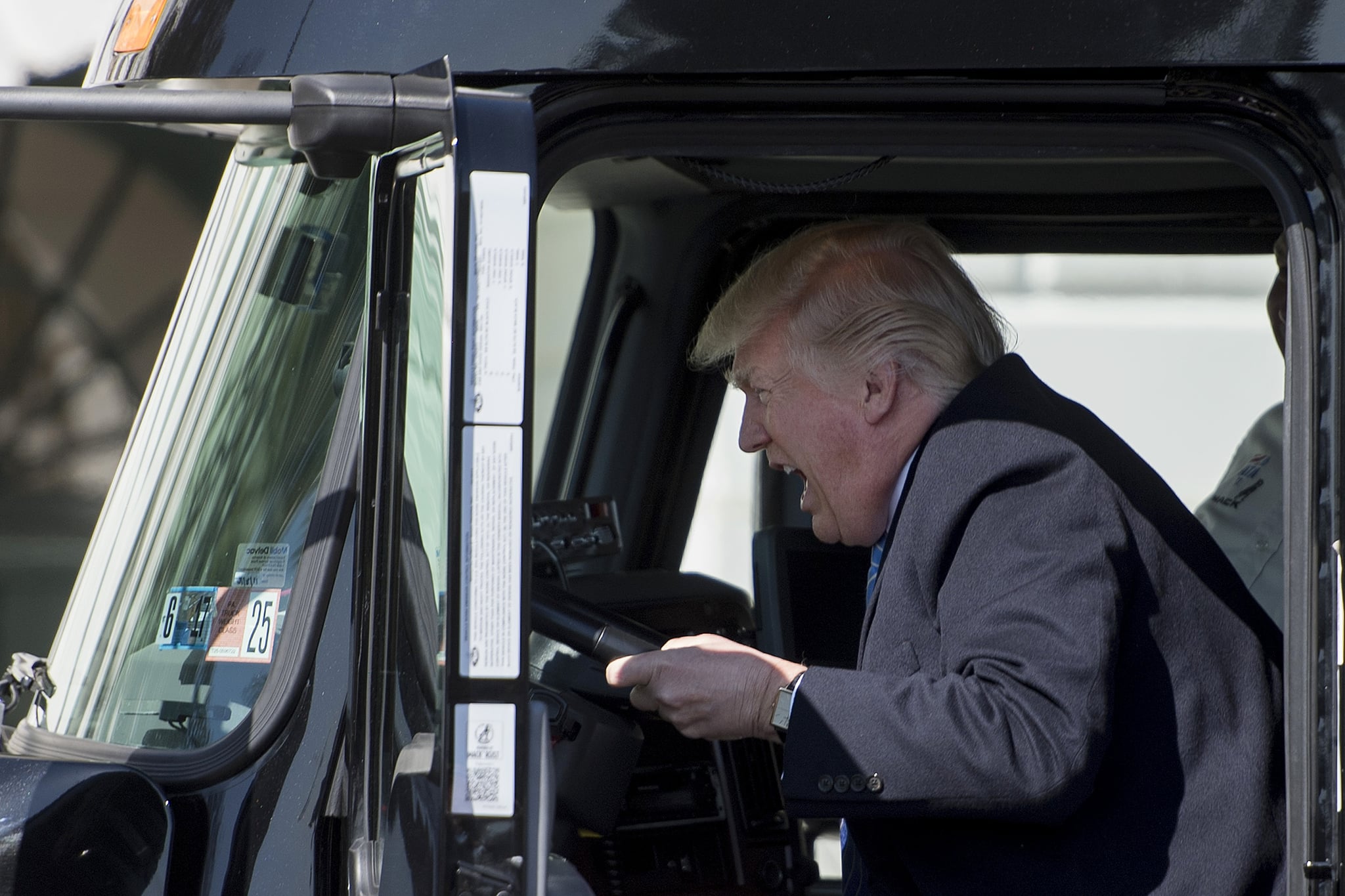 Before meeting with members of the trucking industry, President Trump got in the seat of semi-truck and pretended to drive it. That might not seem like a big deal, except Trump made the most ridiculous faces as he "drove" the semi-truck. The result? A new Trump meme.

Some people thought he looked like he was in a sequel for Mad Max.

"I am Matt Max"
"that's not the characters name"
"I am Speed"
"the guy in speed is not called speed...fucking hell you are just awful" pic.twitter.com/q66A52rZSY

Some used the photo to explain the worst moments of driving.

When you missed the exit for Wendy's pic.twitter.com/05cqNBeNyn

when you thought you wouldn't have to stop until the next rest area pic.twitter.com/LmnxywtLSa

when ur $2.25 shy of the seamless delivery minimum pic.twitter.com/41RTI2fYtL

TRUMP: GET OFF MY PLANE
AIDE: Sir you're driving a UPS truck pic.twitter.com/Gwd1TONG3Q

A lot of people figured this is what Trump looks like when he's throwing a tantrum.

"3 more minutes and we have to go, okay, buddy? Mom's waiting for us at Nordstrom." pic.twitter.com/FIQJv9vtfC

TRUMP: GET OFF MY PLANE
AIDE: Sir you're driving a UPS truck pic.twitter.com/Gwd1TONG3Q

And some made poems or put lyrics to the photo.

🎶 Makin' his way
The only way he knows how
That's just a little bit more
Than the law will allow 🎶 pic.twitter.com/tAY7XUD0Ik

One reporter summed up the moment perfectly.

live look at Trump driving America off a cliff pic.twitter.com/9gbIikNPFp