Donald Trump just might be the most meme-able president the White House has ever seen (and not in a good way). When the internet started altering photos of his executive orders, the results were downright hilarious. And now, people are seizing another golden opportunity to create giggle-worthy memes. When the POTUS signed an executive order pertaining to the wall along the Mexico-US border, he struggled a bit to remove the pen cap. A photographer captured the brief though glorious moment in which Trump looks incredibly puzzled while attempting to take the cap off his pen. 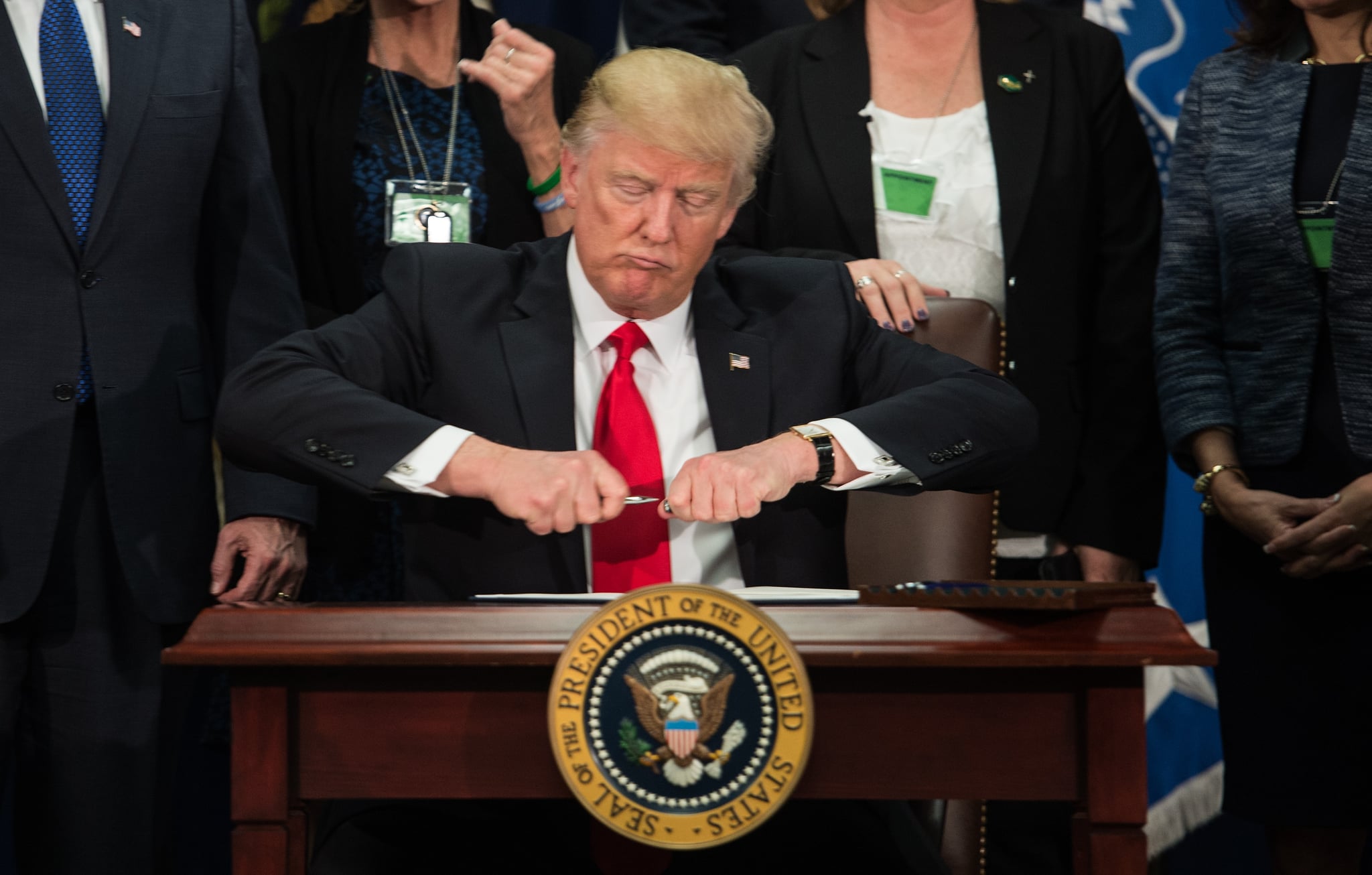 The snapshot then made its way to Reddit for a classic Photoshop Battle that has garnered some hilarious entries. Keep reading for our favorite versions of Trump trying to use his pen.