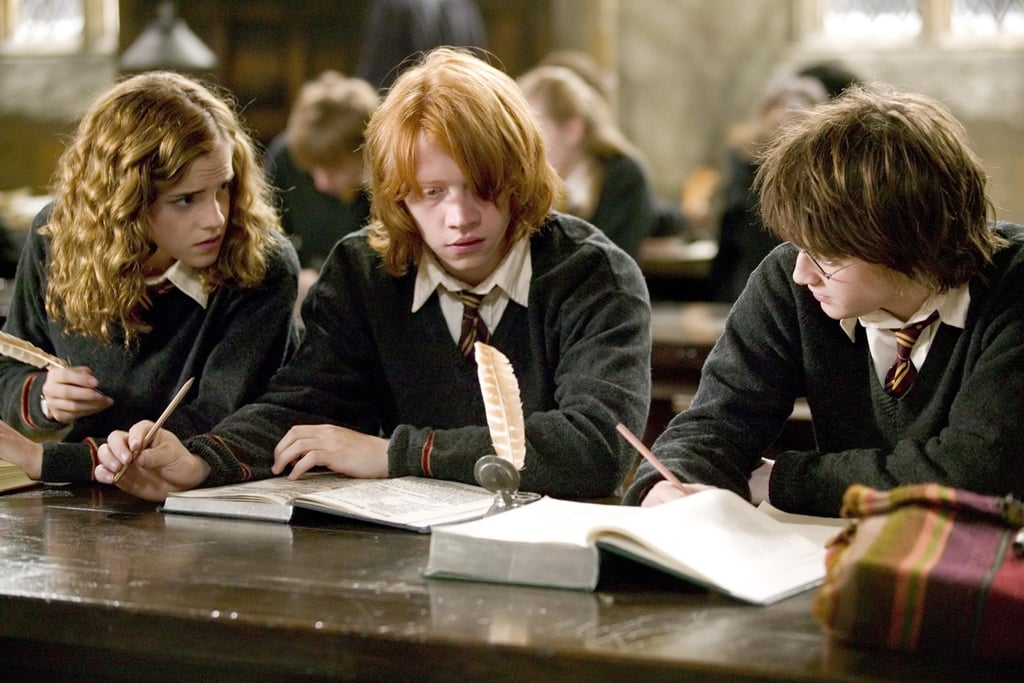 Though she may seem like a muggle, JK Rowling is definitely magical. A former waitress without any formal training in creative writing, the author of the Harry Potter series created a world where anything (except maybe Snape investing in decent shampoo) is possible.

While she may not be writing any more Potter novels right now (never say never!), there is a new book that will excite fans worldwide: an in-depth bibliography about the author's literary journey. JK Rowling: A Bibliography 1997-2013 by Philip Errington has been in the works for five years, and it's so detailed that Rowling described it as "slavishly thorough and somewhat mind-boggling." Basically, you should be happier than Hagrid in an exotic pet store at this news.

The bibliography, which follows Rowling throughout the process of penning each entire Harry Potter book, is a veritable Diagon Alley of previously unknown facts about the series. If you don't have time to read it to find out all of secrets, don't worry — you can check out this list for a few that even Hermione wouldn't know.

The Prettiest Harry Potter Book Covers in All the Universe

This Is How J.K. Rowling Planned Every Plot in Harry Potter