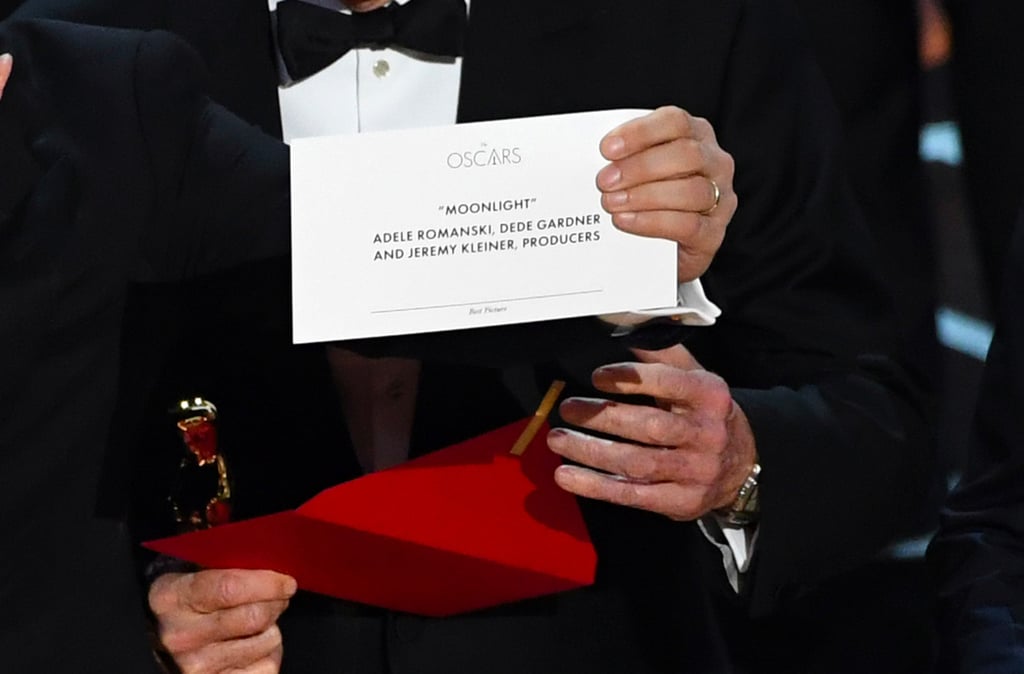 While the Oscars are known for giving awards to to unlikely winners, no one saw the biggest snafu to happen in its history coming: Faye Dunaway and Warren Beatty announcing the wrong winner, La La Land, for best picture. As cast and crew members were giving their acceptance speeches, La La Land producer, Jordan Horowitz, realized the mistake and held up the correct envelope showing that Moonlight actually won. The internet couldn't believe the error and knew only way to take it in stride: to meme the moment. Ahead, check out the funniest memes of Horowitz holding up the best picture envelope and then catch up on what Barry Jenkins and Mahershala Ali had to say about the win.