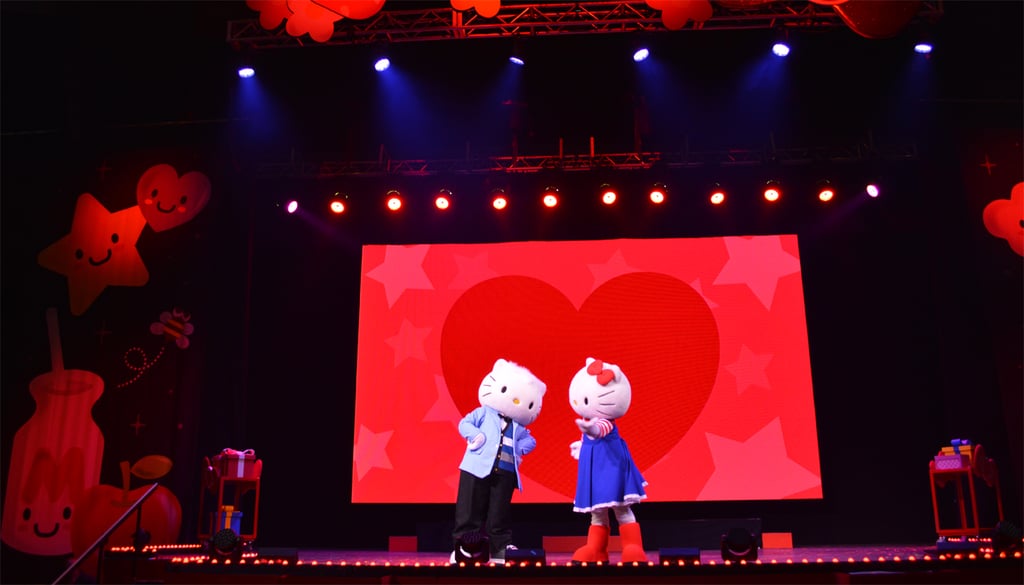 It looks like even if you were obsessed with Hello Kitty as a kid, you might not know everything about her. After spending most of my life believing Hello Kitty was always single and ready to mingle, turns out she's had a significant other for 16 years.

Are you sitting there just as shocked? It's OK, apparently lots of people don't know about Dear Daniel, Hello Kitty's official boyfriend. He first popped up in 1999 and is known as a sensitive dude. Their story together goes all the way back to their childhood, which is when they first met. However, since Dear Daniel's dad is a photographer, he moved to Africa for a bit, where he picked up some "top-notch" dance skills. He did eventually move back to London where she lives, proving that long-distance relationships can work for some couples.

They're also pretty into PDA, as I discovered at Hello Kitty's Supercute Friendship Festival in Oakland, CA. Here are a few photos of Hello Kitty and Dear Daniel hanging out on stage. I don't know about you, but I think I found my ultimate #relationshipgoal.