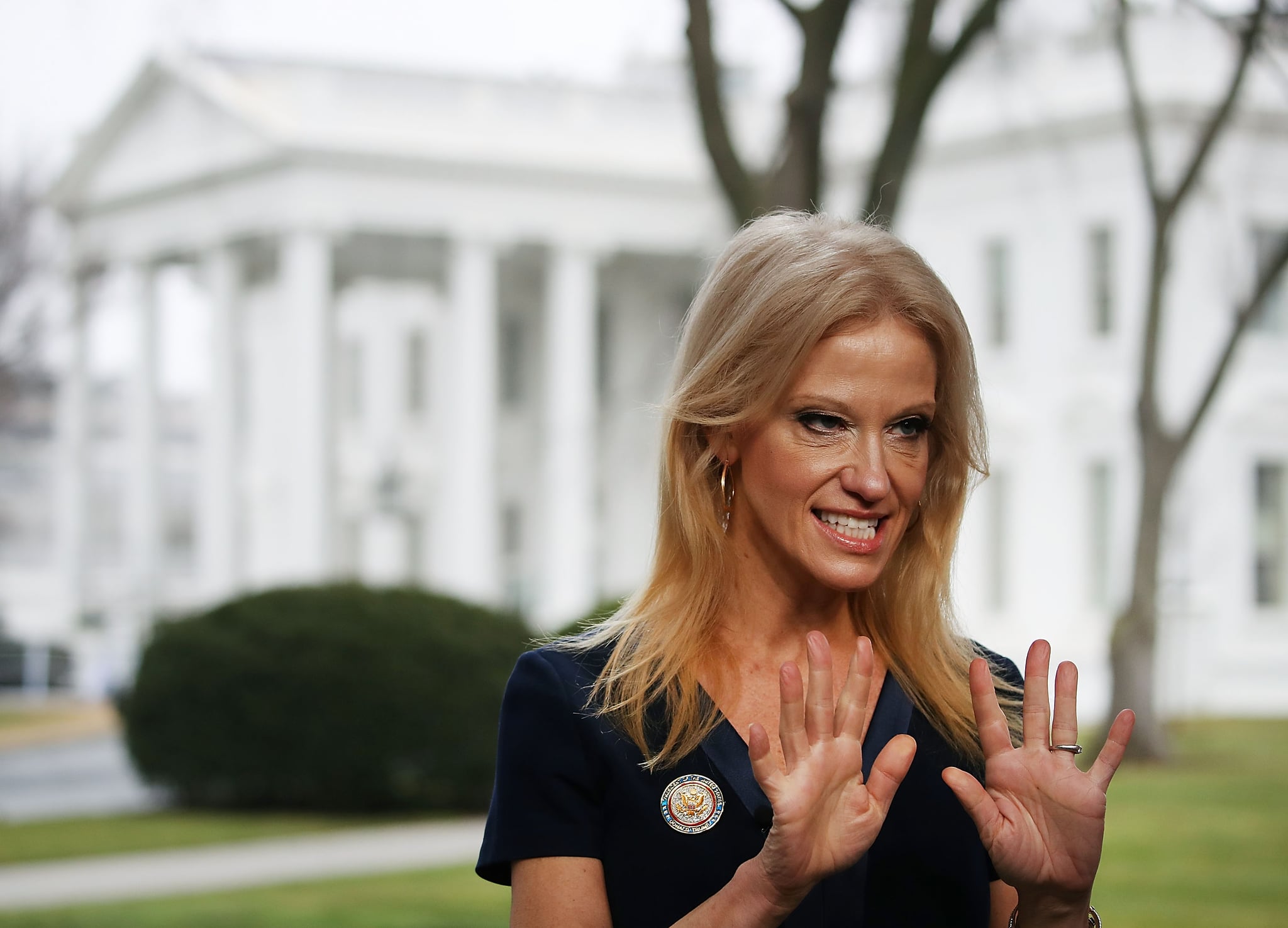 Conway's account was originally found by Bowen Yang, a comedian, and Janie Stolar, a comedy writer, who both tweeted a screenshot of their requests to Conway.

Unlike Sean Spicer's account, I couldn't see any past transactions to verify whether this is Conway's account. This of course hasn't stopped the internet from sending Conway money to make a point about alternative facts or her standup. 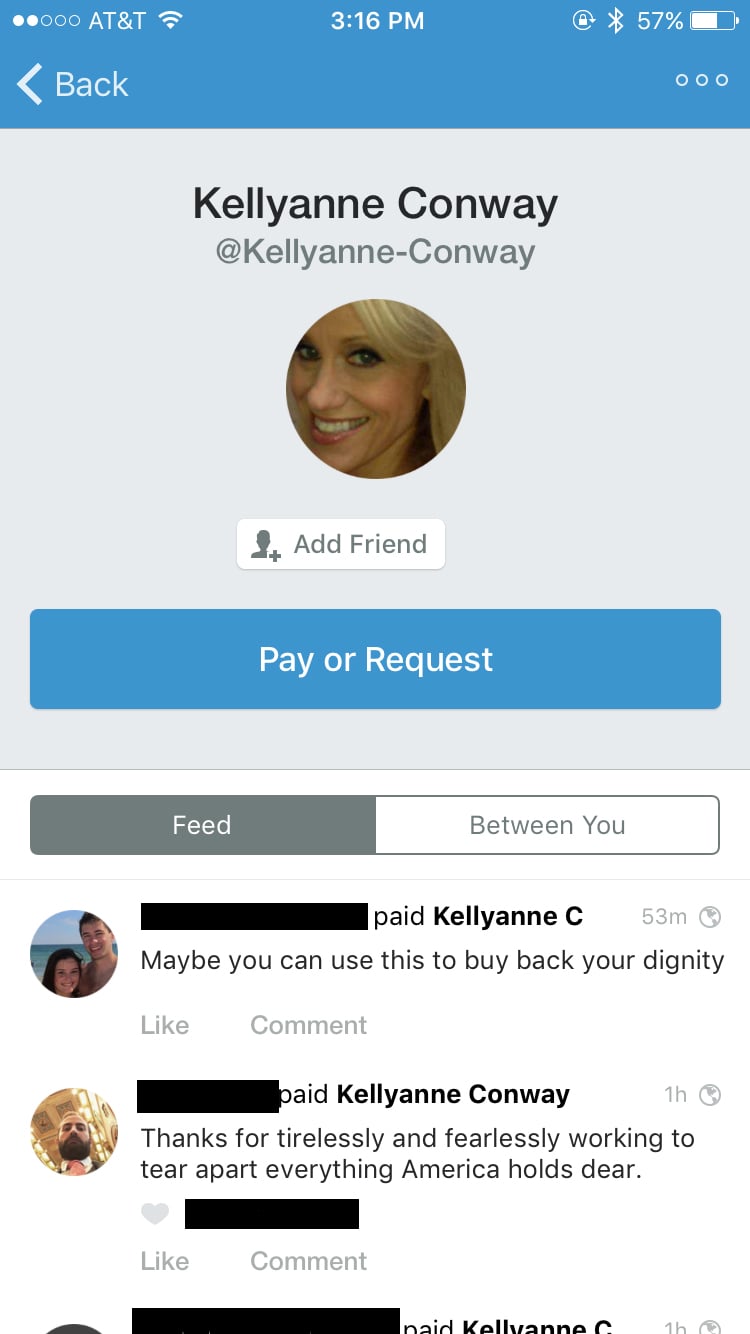 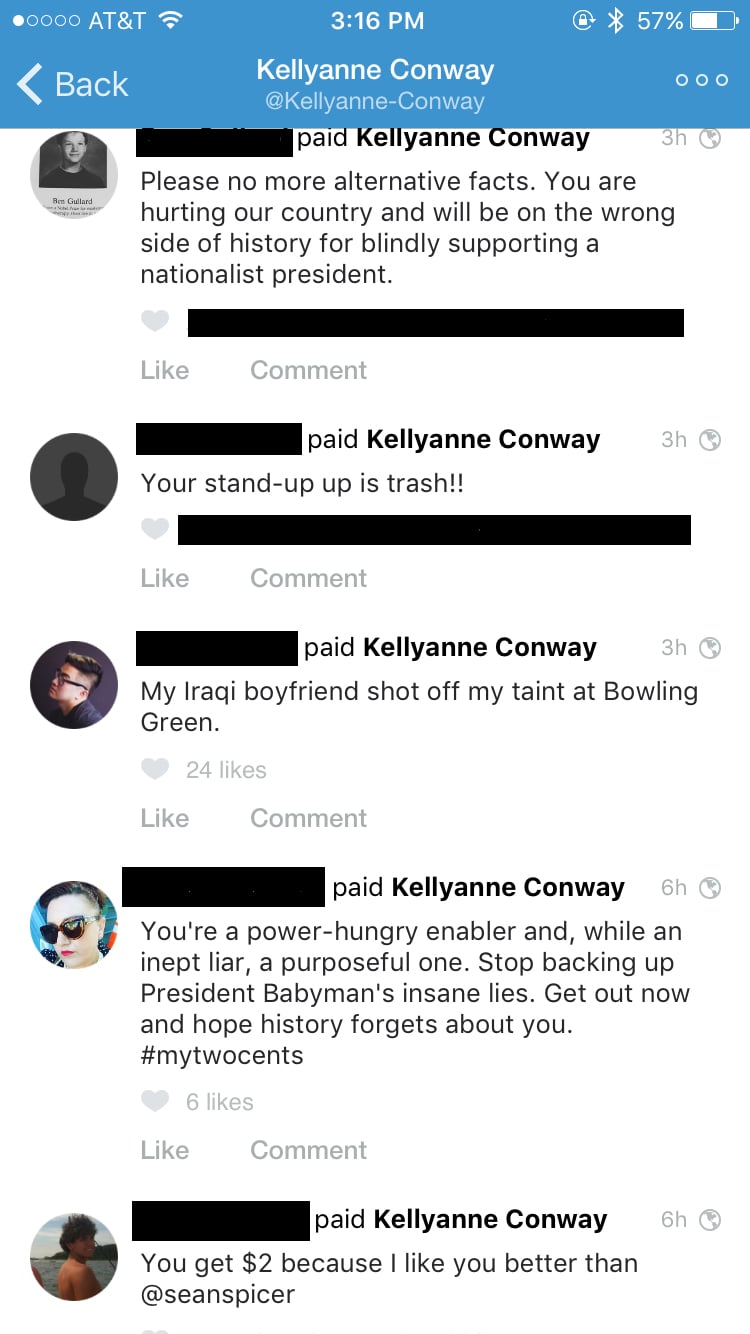 At the time of writing, you can still request and send Conway money. 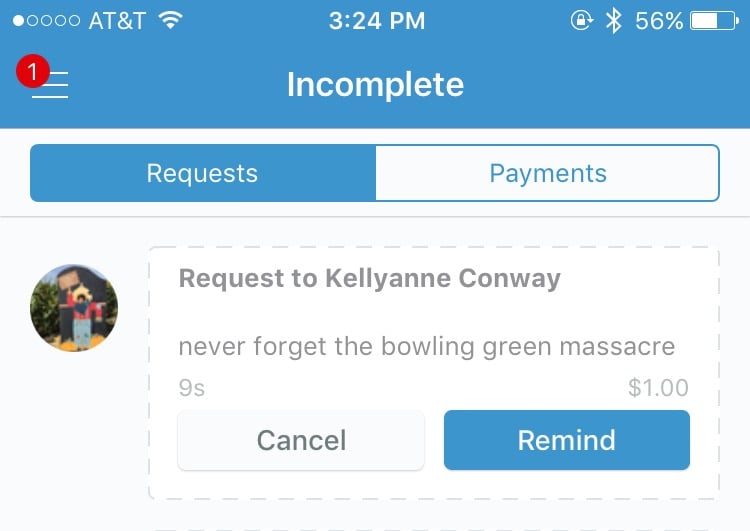 With people trolling both Spicer's and Conway's Venmo accounts, it should be no surprise if this starts to happen to even more White House staffers.