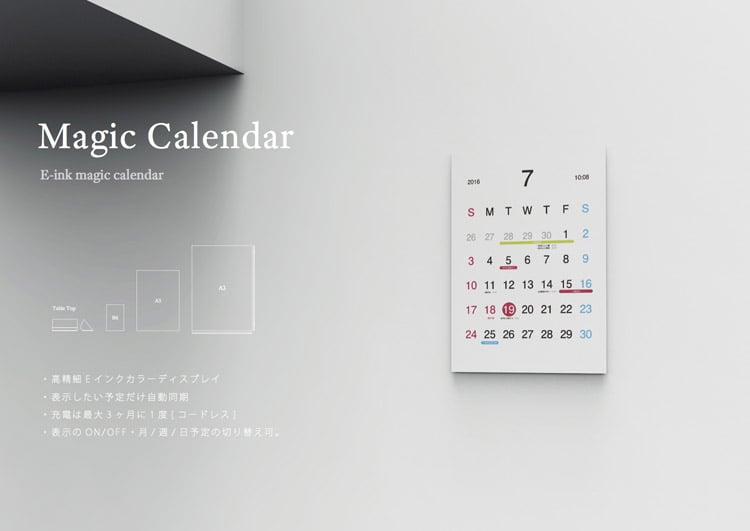 Every few months, a new gadget will come along that makes us want to throw all our money at it. The newest one, called Magic Calendar, is a prototype e ink calendar that syncs with your smartphone and looks like the prettiest, most useful calendar you could ever need in your life.

Created by designer Kosho Tsuboi, the calendar has an epaper screen that will update with anything you add to your Google calendar. Since it uses eink and epaper, the calendar could last on a single charge for up to three months. The Magic Calendar is a genius idea. After all, there are plenty of us who still swear by calendar apps and paper calendar we hang on our wall. Why not combine both? Thankfully, that's exactly what this product is.

The calendar isn't available to buy, but was recently showcased in Japan and is part of Google's Android Experiment program. It was chosen to be developed, so hopefully we see it in our lives sooner than later. You can learn more about it in a video ahead.