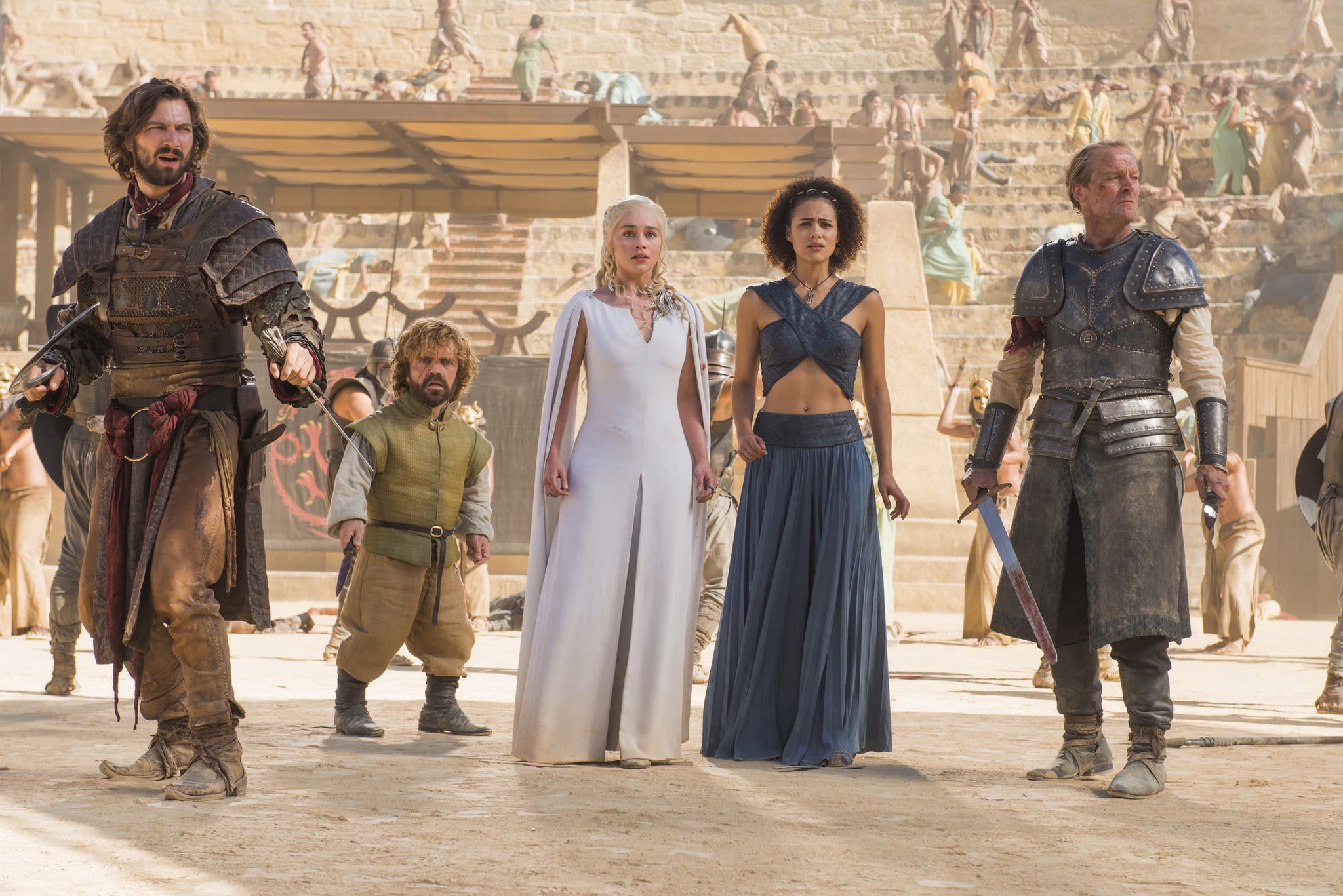 If I know one thing about Game of Thrones fans, it's that we have no chill. We'll theorize ASOIAF storylines to death, add actors from the show to the top of our "hall pass" list, and even name our babies after fan-favorite characters . . . and when it comes to extravagant acts of fandom, mathematicians are no different. Case in point: Andrew J. Beveridge and Jie Shan (an associate math professor and undergrad student at Macalester College, respectively) showed their hardcore love of George R. R. Martin's series by using it as the topic of an academic paper, wherein they uncovered the true main character of Game of Thrones using network science.

The study, published in the April 2016 issue of the Mathematical Association of America's Math Horizons magazine, analyzes connections between characters and notes every time characters appear near one another in the books, focusing specifically on A Storm of Swords (the third book of the series). The mathematicians describe their analysis at length in the study, specifically noting how relationships are determined within the text:

We opted for this volume because the main narrative has matured, with the characters scattered geographically and enmeshed in their own social circles. We parsed the ebook, incrementing the edge weight between two characters when their names (or nicknames) appeared within 15 words of one another. Afterward, we performed some manual validation and cleaning.

In short, Beveridge and Shan used math to analyze and interconnect characters, determining their importance, centrality, and impact within the series. The result? A finished "social network" graph that reflects each character's status. The findings might surprise you — Tyrion Lannister emerges at the top, with Jon Snow and Sansa Stark not far behind. Daenerys Targaryen, whom many consider a huge player in the series, is hampered by her distance from the Seven Kingdoms. Does this mean that the lion, rather than the dragon or dire wolf, might emerge triumphant at the end of it all?

Take a look at the mathematicians' findings above and in the full study, and go forth armed with actual scientific evidence next time your friends want to debate all things Game of Thrones. With this data to back you up, you'll definitely win any fan battle they throw your way.