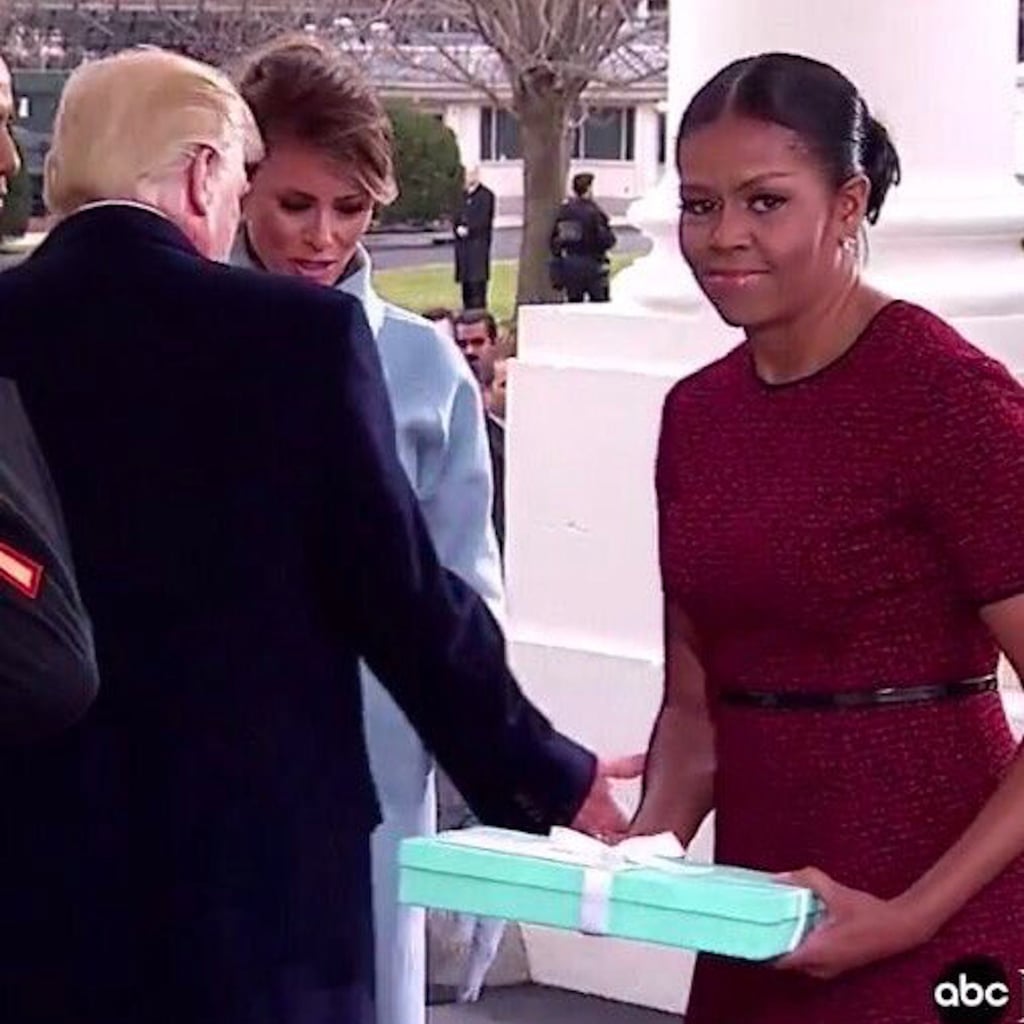 When Donald and Melania Trump arrived at the White House on Inauguration Day, the new FLOTUS carried a large Tiffany's box that carried her parting gift for Michelle Obama. When the former first lady accepted the blue box, her reaction was absolutely priceless, and there were cameras all around to capture the funny moment. Twitter users everywhere also took note of Michelle's seemingly unimpressed response to the gift, noting how it's predicted to be the next best meme. And we couldn't agree more. Below is a replay of the meme-worthy moment, followed by some of the internet's most spot-on reactions.