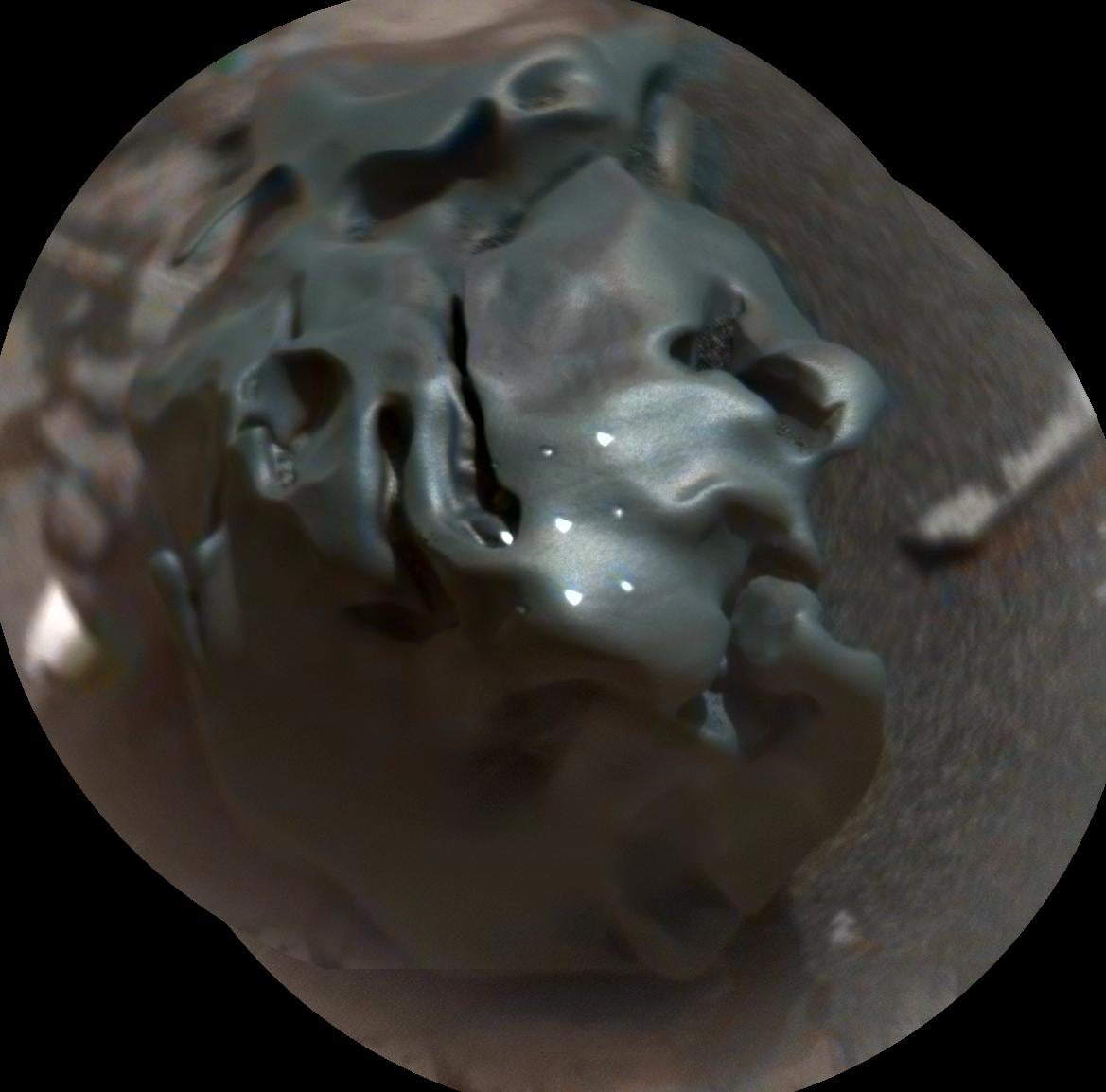 Welp! NASA's Curiosity rover spotted something "dark, smooth and lustrous" on the Red Planet in late October 2016. Using a high-tech ChemCam instrument, which fires lasers into objects to inspect its elements, the "golf-ball-size object" was revealed to be an iron-nickel meteorite, commonly found on Earth. "Iron meteorites typically originate as core material of asteroids that melt, allowing the molten metal fraction of the asteroid's composition to sink to the center and form a core," the space agency explained.

Dubbed "Egg Rock" because of its spherical shape, scientists say the meteorite is composed of iron, nickel and phosphorus, and could have possibly fallen from the sky millions of years ago — the Curiosity rover just found on Oct. 27. Check out two photos of the iron-nickle meteorite below.

I have a frickin' laser on my head, but I'm not ill-tempered. Zapping this egg-shaped rock revealed it was a nickel-iron meteorite. Read more here: http://go.nasa.gov/2fgcMIa