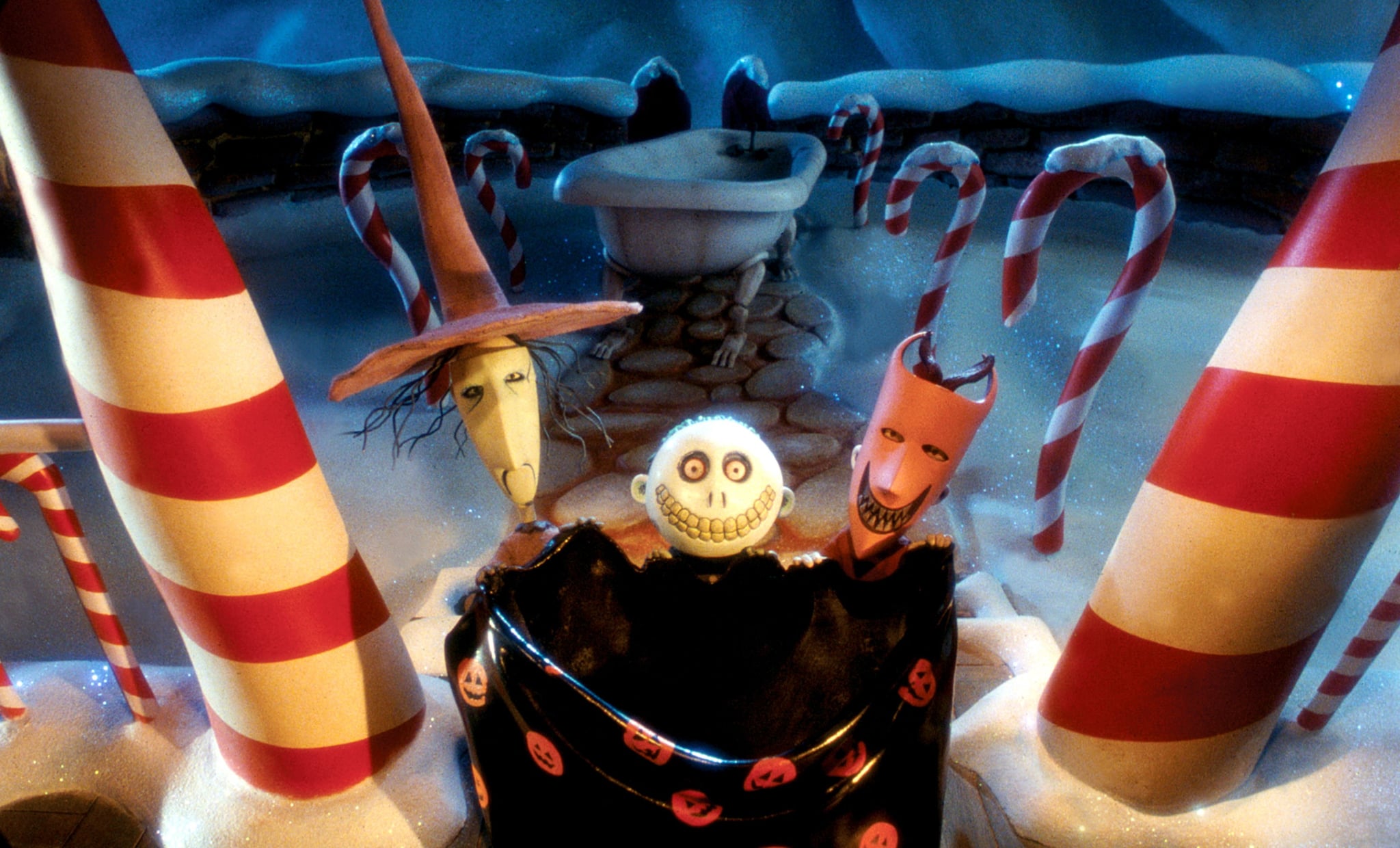 A mall Santa Claus got an unexpected visit from The Nightmare Before Christmas's mischievous Lock, Shock, and Barrel who, in the movie, are actually ordered to kidnap him. On Dec. 21, three cosplayers skillfully dressed up as the pint-sized henchmen and took one hilarious picture with the mall Santa who doesn't look too pleased, to say the least.

One of them later shared the picture on Twitter where it has since amassed more than 8,000 retweets. In a reference to the movie, the spot-on caption reads, "We kidnapped Mr. Sandy Claws." One person on Twitter noted Santa's sad expression prompting the same cosplayer to reveal a happier picture from their encounter.

HE WAS LAUGHING IM EVERY OTHER PIC BC HE COULDN'T STAY UPSET HAHAHA pic.twitter.com/32rrDfc0AE

We applaud these three friends for bringing those tricksters to life in the name of Christmas. When you're done cracking up at Santa's expression, check out this eerily accurate live performance of "Jack's Lament."