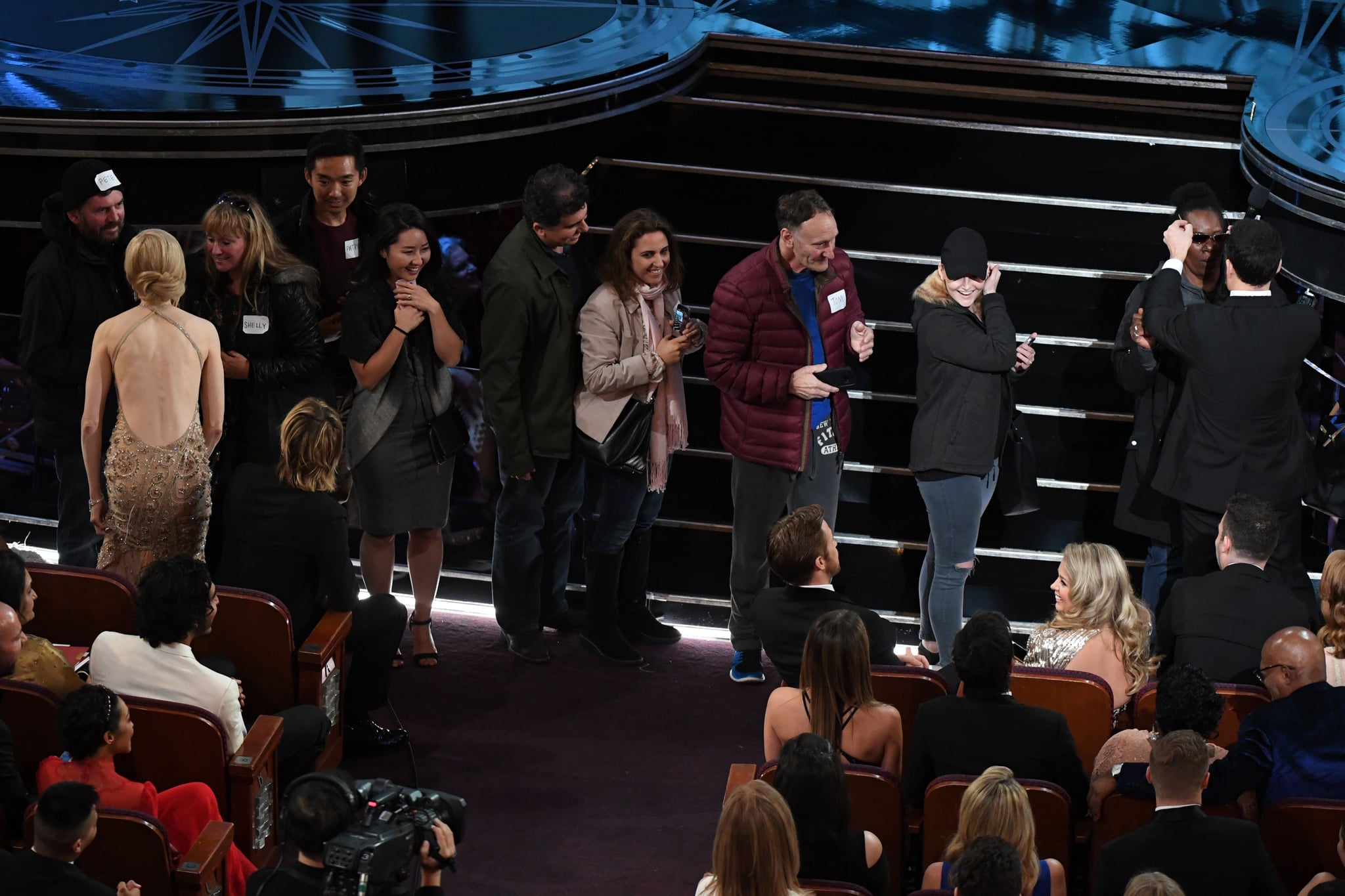 With Jimmy Kimmel as a host, the Oscars quickly became home to jokes, tweets, and bizarre stints, like tourists unknowingly showing up to the show. As the tourists said hello to different celebrities or took selfies, one moment stood out: when Ryan Gosling whispered something into one person's ear.

That person was a woman named Vicky, who was visiting from Chicago with her fiancé Gary. Of course, none of us know what Ryan said to Vicky, but the internet has a few guesses.

Vicky, please let us know ASAP what Ryan actually said to you.