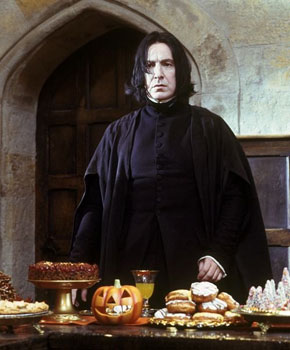 The Guardian recently posed a question to Harry Potter fans: Which is your favorite character? You might assume that Harry would take the top spot, but, with over 70,000 votes cast, Severus Snape was voted favorite character of the series.