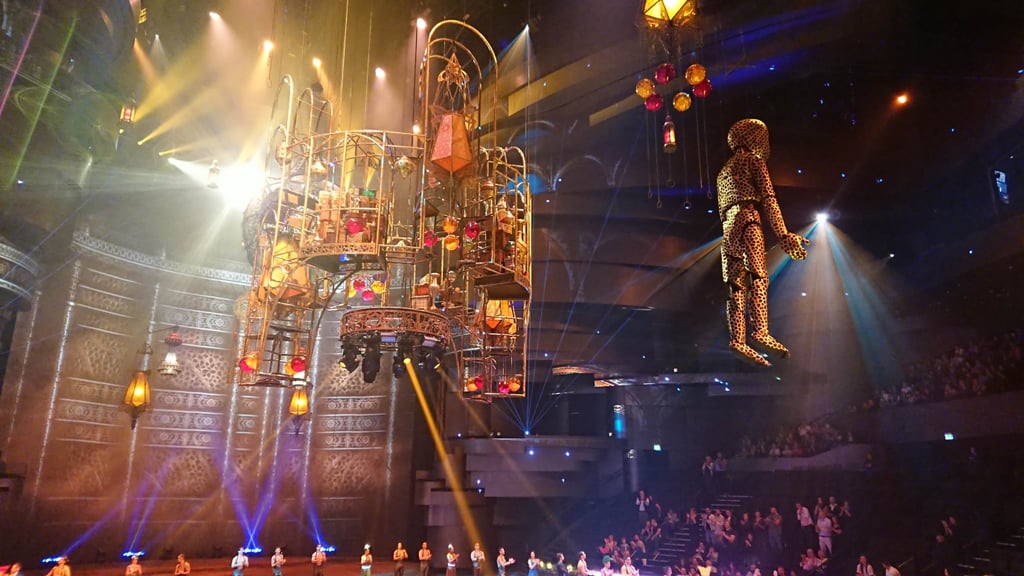 I recently returned to Dubai's Al Habtoor City to watch the awesome La Perle, a show that blows any Cirque du Soleil show out of the water, and with former Cirque star Franco Dragone behind it, it's no wonder.

It's one of the few entertainment shows where you can actually take photos for showing off purposes later on. So this time around I was armed with a Sony Xperia XZ Premium phone, known for taking awesome photographs, even when it's dark. I put it to the test.

First of all, it's worth noting that it's waterproof, which is ideal for those sitting in the front few rows as you're bound to get a little wet with all the splashes coming from the indoor rainfall rain and the central pool dives.

It's moments like that where you'll appreciate the the Autofocus burst feature, so if someone's dropping from a great height or leaping from place to place, you can choose the best shot from a series of frames. It really came in handy for me during the action-packed show.

There's plenty more where that came from… the Predictive Capture feature makes sure you never miss a moment, even when you weren't prepared to press the button at the right moment. In a world outside of the spectacular that is La Perle, it's ideal for parents trying to capture their baby's first smile as it detects tiny movements (yes, even in the facial muscles) before the photo is taken.

A lot goes on during La Perle, even too much for you to keep your eyes on in the circular theater so it's a clever feature to ensure you capture that moment when acrobats come flying into the frame out of nowhere.

Finally, the super slow motion feature captures 960 frames per second so your videos from the show will look ultra dramatic compared to other smartphones.

Check out some of the shots I managed to capture, some clear even when I was on zoom, in the gallery.