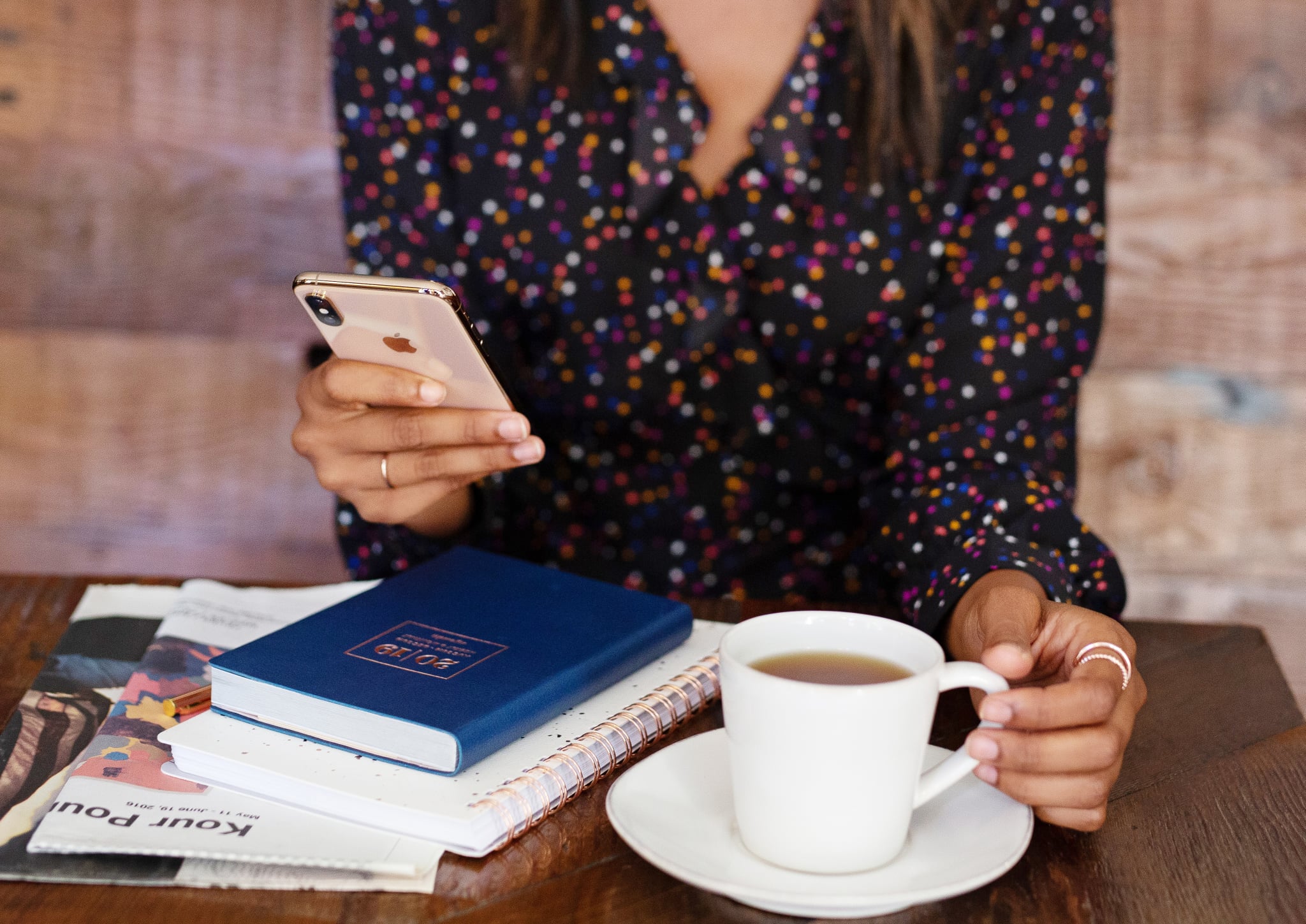 It started with an Instagram of a blogger. She wasn't doing anything particularly irritating or awful, but I just felt unhappy when I looked at the photo. I couldn't even tell you what exactly the picture was or what the caption said, but I just remember the feeling that came over me: annoyance, unhappiness, and discontent.

It happened again just a few weeks later with a photo of a girl from college that I remember as not being very nice. I decided then and there that I'd had enough. "I don't need to follow these people on social media. Why am I flooding my life with people that make me unhappy?" I unfollowed her. The world didn't end. She probably wouldn't even care. No one called me out for cutting off a needless form of communication with someone I didn't actually even like. I went back to the blogger's page and unfollowed her, too.

So began my mission to rid my social media platforms of people who didn't make me happy. That boy I'd dated for a few months? Gone. Girls who were just outright nasty to my friends and I in college? See ya! Fitness models who made me feel less than adequate in my own skin? Over it.

Social media doesn't have to be the toxic place everyone says it is, but you have to be willing to make the first move to make it that way.

Working as a social media strategist, it's hard to do a digital detox or just give up all social media platforms, but it also didn't need to make me unhappy whenever I was on it throughout the day. Plus, I actually really like social media when it's a healthy space for me. So instead of the extreme choice of giving it all up, I decided I'd fill my feed with the people and things that made me the happiest and didn't send my mood into a tailspin. I followed the people I'm actually still friends with, my family, my fitness instructors who inspire me, bloggers who post stunning photos, and meme accounts that make me laugh out loud.

Being selective about the people you surround yourself with is important for your health and self-care, and that extends far beyond who is in your friend group. For so long I let a fear of being accepted and liked control who I should follow and interact with. That pit in my stomach when I thought of unfollowing someone I didn't care for as a person was what kept me from purging my feed — all because I thought it would be awkward if they knew I unfollowed them or if they (gasp!) unfollowed me back. When I realized how much better I felt when I didn't see that blogger post a video that made me roll my eyes or a picture of my ex that brought me to tears, I knew I had made the right decision.

Now, my feed fills me with joy when I see my friends post about their vacations, my family with their partners, bloggers whose outfits I draw inspiration from, and fitness accounts that motivate me instead of beat me down. Social media doesn't have to be the toxic place everyone says it is, but you have to be willing to make the first move to make it that way.