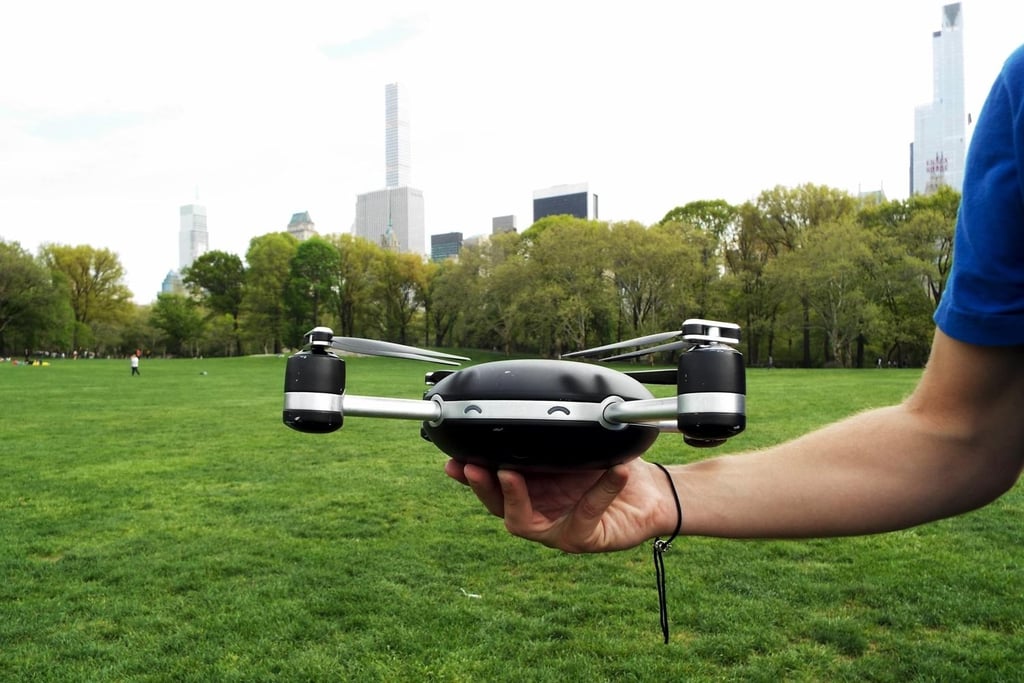 Lily caught a lot of buzz when the prototype was unveiled in 2015. A drone of its own kind, it's an autonomous flying camera that tracks you. Simply throw it in the air to create a new video. It takes awesome photos (12 mp) and video (1080p 60 fps / 720p 120 fps) from the sky, following you by way of a tracking device. It flies for up to 20 minutes before softly landing.