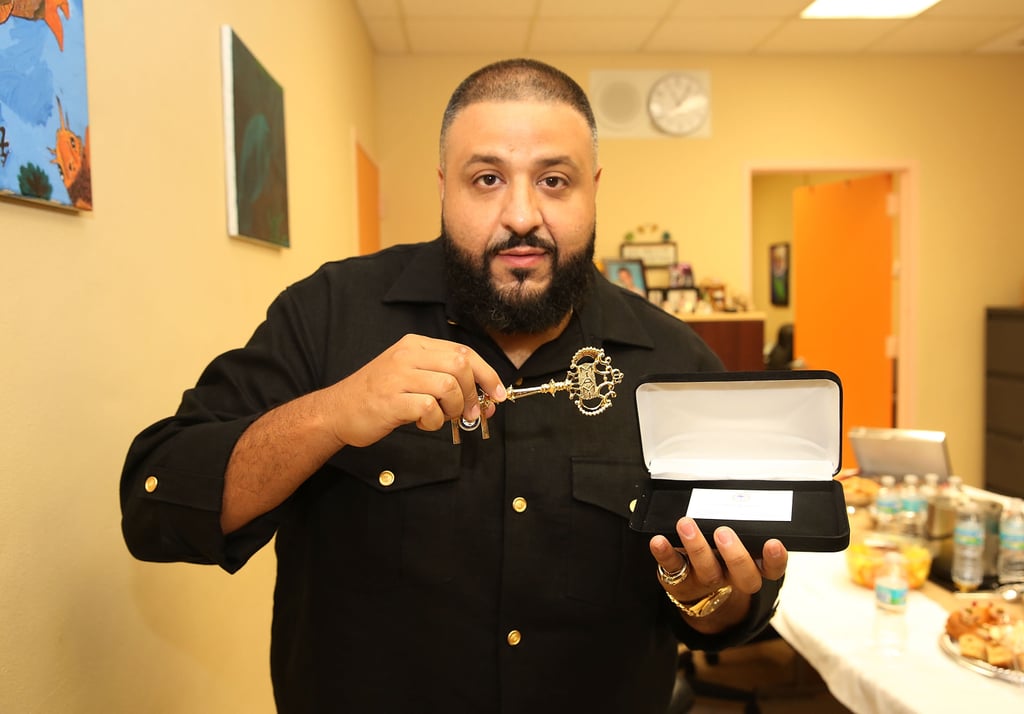 Major Key — This is probably the most popular DJ Khaled catchphrase. Sometimes Khaled will say "Major Key," "Major Key Alert," "🔑" —  all of these are Khaled sharing the keys to success. They usually consist of working hard and never giving up on your dreams.

Bless Up — This can be a general greeting like "what's up?" or general wishes of well-being be upon you. Khaled frequently wishes well upon his fans and those that follow him on social media.

"They" — Khaled used the word "They" to represent everyone that has doubted him or thought he wasn’t good enough. "They" is an all encompassing word to describe all of life's adversaries conspiring against you.

Angels — Used as another word for flowers as well other beautiful things in nature.

Elliptical Talk — When Khaled works out he listens to music and gives motivational talks to his audience. He does all of this on the elliptical and calls it Elliptical Talk.