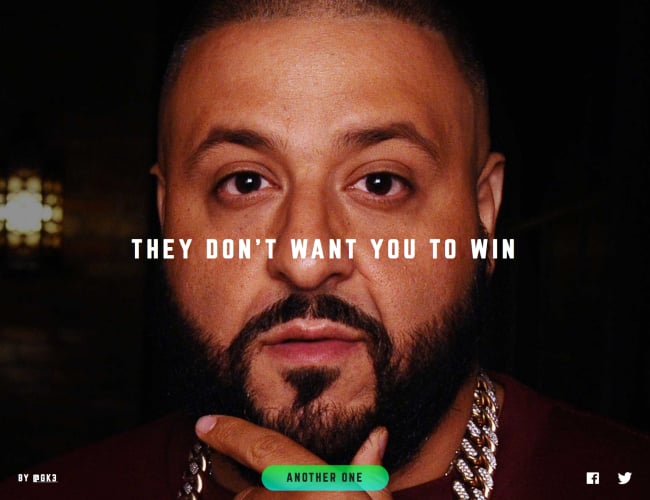 "They Don’t Want You" — This is a continuation of "They" which is what the naysayers and haters want — "They don’t want you" is all the people that doubt you not wanting you to win, be successful, have certain friends and more. Khaled likes to use this phrase when he is with big time people. For example, he recently said "They don’t want me to be on Jimmy Kimmel, so what are we going to do? Be on Jimmy Kimmel."

"DJ Khaled!!!" — Often shouted by DJ Khaled in his songs. He isn’t really a rapper or musician but a good DJ, record producer and radio personality so he usually just screams his name and it sounds like "DJ Khaaaaaled!!!"